Here is one of Brazils hellish warrior tribes! From early death/thrash to nowadays blackened death it is full on angel slaughter! 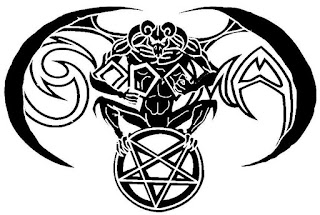 Hailz and thanks for taking time off for this investigation!

M.S.F - We salute all entities that absorb this manifest

2. So correct me if i am wrong but this year marks the 13th unholy year of SODOMA! Looking back at the early times for you before first release, how was those times for you and the band?

M.S.F - Correct, 13th year of total musical detachment, moving on because the focus is to go lower, eroding the divine root and all vision of creator, exposing more and more that you own all your actions and reap only what you sow. And for MATILHA SODOMA FORNIX; It is and will always be tasty, enjoyable and we will continue !! ARGH!

3. Then in 2005 "Sadomazocristo" was released, only a self release or did some label distributed it also? From a song i heard (title track) from it is pretty intense and chaotic.How do you feel about it now and is there any plans on re-releasing it remastered or? 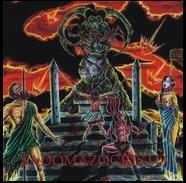 M.S.F - It was released independently and pleasantly, this artifact is very crude, shows how persistent the Horde is. We don't have interest in re-releasing it.

4. In 2008 you gave birth to "Renascida em trevas" and this is also the first music i heard from Sodoma and i feel it is a great and solid release, a bit more monstrous and darker not so much thrash elements as before. was it the same line up? What was the main theme on this? How was it to work with Pagan Blaze label? 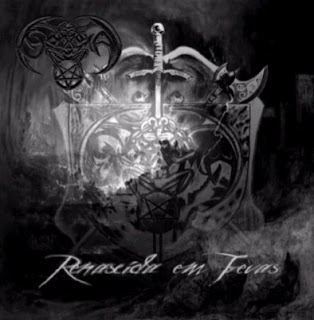 M.S.F – Renascida em Trevas is another excellent stillborn generated ... She is a black caw, claiming its space in this physical field, governed by much sonorous chaos. Mental and carnal freedom was present in this manifest.
The Pagan Blaze Label gave the necessary support for the moment that it was released and we are grateful.

5.How would you describe your personal view on Satanism? What do you feel you gain in life walking this path?

M.S.F - It is exploring unknown realities, seeking values ​​such as individuality, pride, independence and renewal. What we earn only matters to us.

6. Then in 2011 via Funebre Distro the first full album "Sempiterno Agressor" was unleashed into this world! Really massive creation from what i have heard. How was the reception for it? And how was it to play these songs live? 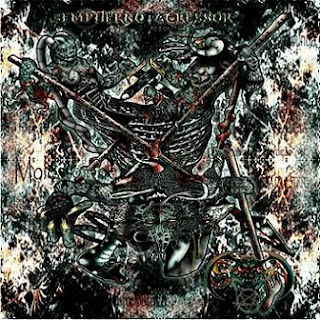 M.S.F – Sempiterno Agressor is another portal, more incarnate and pulsing. We draw from the depths of the flesh and spur to the canonical eyes.

7. And finally this year the second opus "Mutapestaminação" is out! Great artwork i must first say! Who is the artist and this would do great on 12" vinyl! Can you shed some light into the lyrics themes? And was it a hard album to complete? 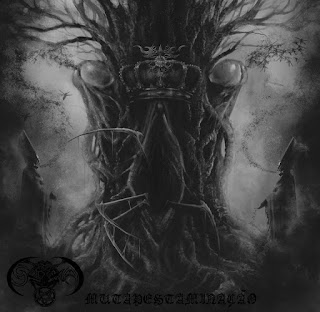 M.S.F - Since the launch of the Sempiterno Agressor and right after its’ release, we decided that the next opvs would be more personal, that we would hid ourselves from celebrations to absolve energy / hidden messages as much as we could, something more personal. It exposes visions that the Matilha germinated and molded, showing that the adverse part will always be heard, because we are the incommode of the Genesis.

* About the vinyl, we are open to proposals.

9. How was it to play at Manifesto Negro ATO 1? and i think i saw you also play now next monday at a fest and also in december at another, damn! Good evil energy!

M.S.F – “Manifesto Negro” was excellent, we distilled some of our poison. This weekend the horde will be present at another manifestation in Teresina - PI, in the "Total Alcoholic Death" In sequence, in the Festival in Recife-PE "Paganus Festival" The certainty is that we will transmit Libertine hidden energies! AVE! 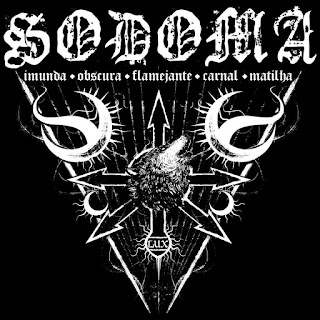 10. The end has come! Thanks again and the last word is yours to make!

M.S.F - We’re honored to be able to explain the vision of the horde a bit in this artifact, and we will sail free through unknown seas, doing what we want and the way we want to, because we own our actions and so it continues. 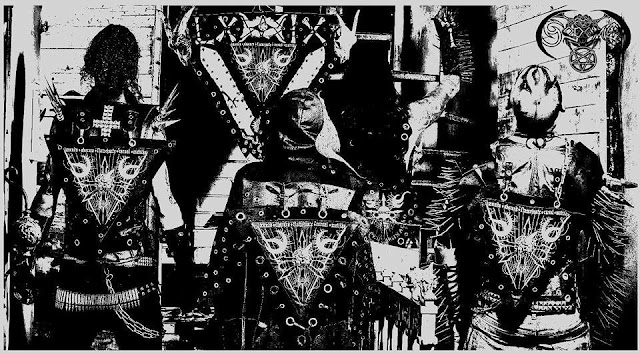