After the fitting start with Nigredo - The Dead Head these Chile (love you Chile!) based messengers brings us their first full album "Mysteria Mystica Maxima XXIII"!

It feels rewarding to sink your teeth into this variant of enlightening Gnostic Luciferianism this time of the year where the night is in glittering frost and the stars glance back at you with an eternal cold gaze.

Who wouldn´t want to be reborn into a soul free from the physical body? ...LvxCælis takes you one step closer anyway to something bigger... thats a good verdict huh? ;) 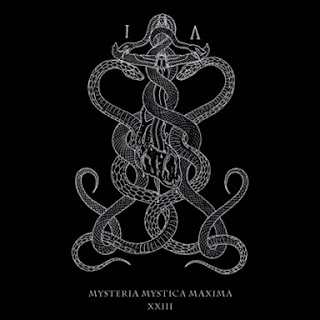 From the majestic symphonic intro over into the six-string hell you take a long journey through rituals of damnations, worshipping the lord of light and luring up namless things from the abyss.
The singing is sung in mid-guttural raspiness but some clean voice is used on some priestish chants that linger in the background from time to time.

There is even some tracks (like song 2 & 4) that in structure pays tribute to some of the older "gods" like Venom & Bathory but everything is coted in LvxCælis own heavy spit. 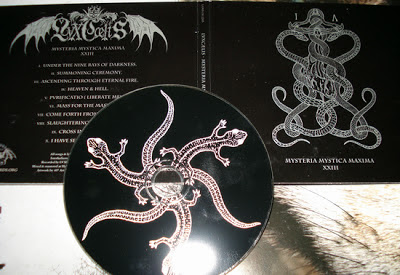 All in all this is a very good album that works its magic in a nice serous way.
Both rocking and invoking!

And for a smashing all-nighter play this record together with Hetroertzen & Horns! 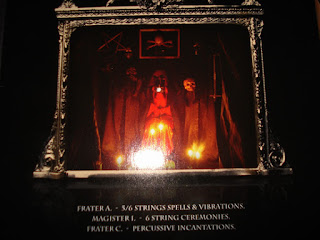