Putrid Christ - Queen of the Wolves

In the wait for the bands return (and to the album!) to surface here is a little review of their first Ep/demo offering "Queen of the Wolves". (Released by Death to Peace Productions) 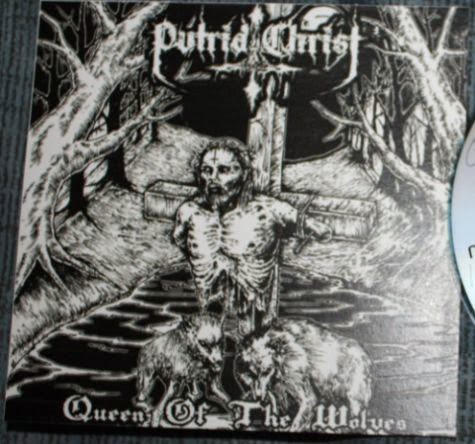 When i got this cd i had not really heard anything from them so my first impression was of the nice cover art (by Dan´s Putrid Art) that got a faint vibe of a some gore/slam music but i know already it should be USBM... anyhow when i pressed play i was greeted with a traditional intro including chanting monks and heavy heart beats and some wolves howling so this was sure no slam-shit!

There is four tracks on it but the first and the last is a intro & outro so it is really only two songs here to speak about...But these two songs is pretty interesting due to a mix of inspirations that is not to often heard not exactly like this anyway. First there is a firm inspiration from the 90´s Nordic bands like Immortal  & Marduk with the speedy cold steel riffs and the storm blasting drums but the other inspiration is from early occult heavy metal that has a slower and more groovier sound... this could go very wrong trying to smash these sides together but these dudes manages it well i think. It feels somewhat unpredictable which is always a good thing.

Quite clean cut songs that with no real try to do anything deep in the satanic meaning even if all the "signs" is there but it dont bother me as an debut effort...If they have it in them it will blossom. Time will tell.
The songs nice (un)fresh mix makes is the main reward here and one wonders how their new songs gonna evolve....or devolve...
Let the coming album "BURNING TEMPLES OF THE HOLY" be the judge of that. 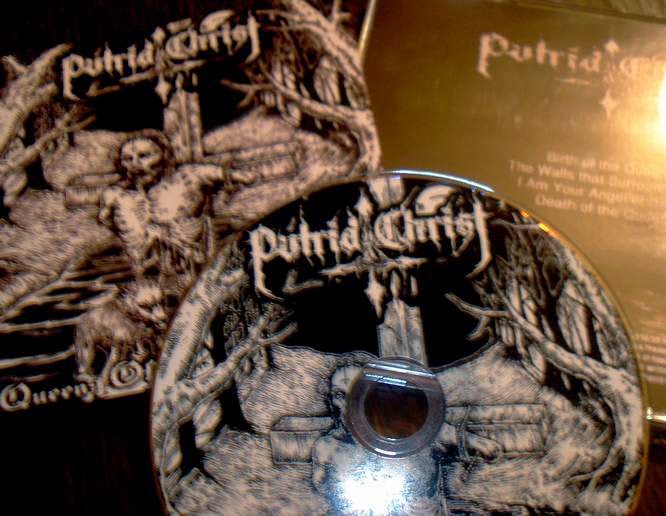