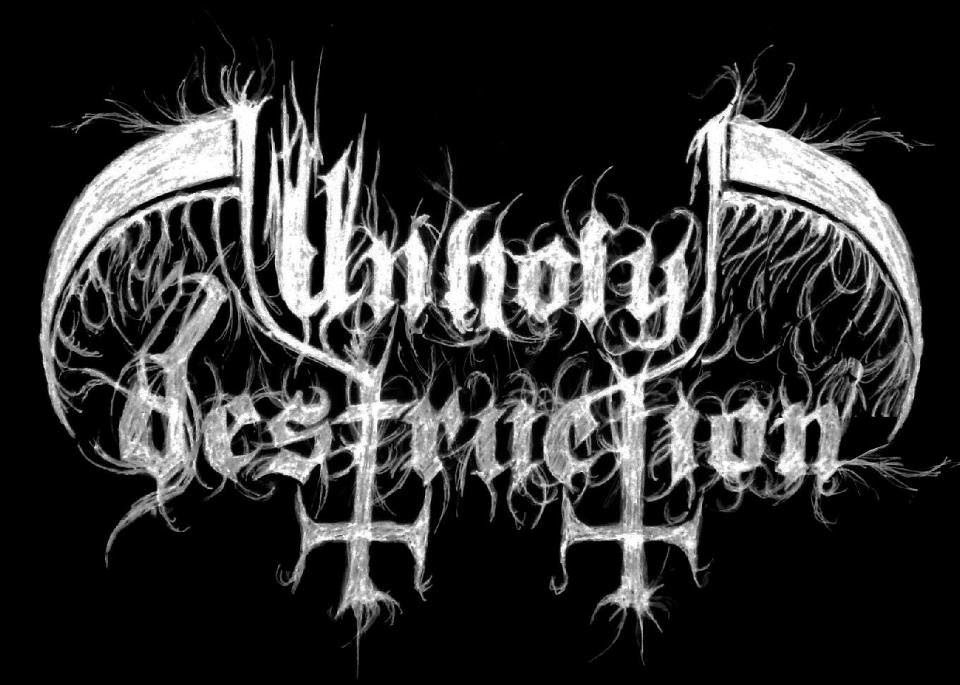 1.Greetings!
Thanks for taking some time of your life to answer these questions!
Been to any nice Barbecue parties this summer?

- Nein. We prefer sausage that was slowly baked in an oven for 30 minutes. And we like to eat it alone in a dark room.

2.As i understand Unholy Destruction started its activities in 2012? Did you come from
other band constellations back then or is this your first "real" musical endeavors?

-What´s the deal with the »real«?
Sure we play in other bands, but our main focus is clearly Unholy Destruction, which consumes most of our time and space.

3.Your first release "Pentalogy I - Dark Castles Cry at Bjørnholmen" came out early this with
five original songs and two covers (Quintessence (Darkthrone cover)/Sleeping in My Piss (GG Allin cover) ).
The title of this release did intrigue me, is this inspired from some events from WW2? Spill the guts! 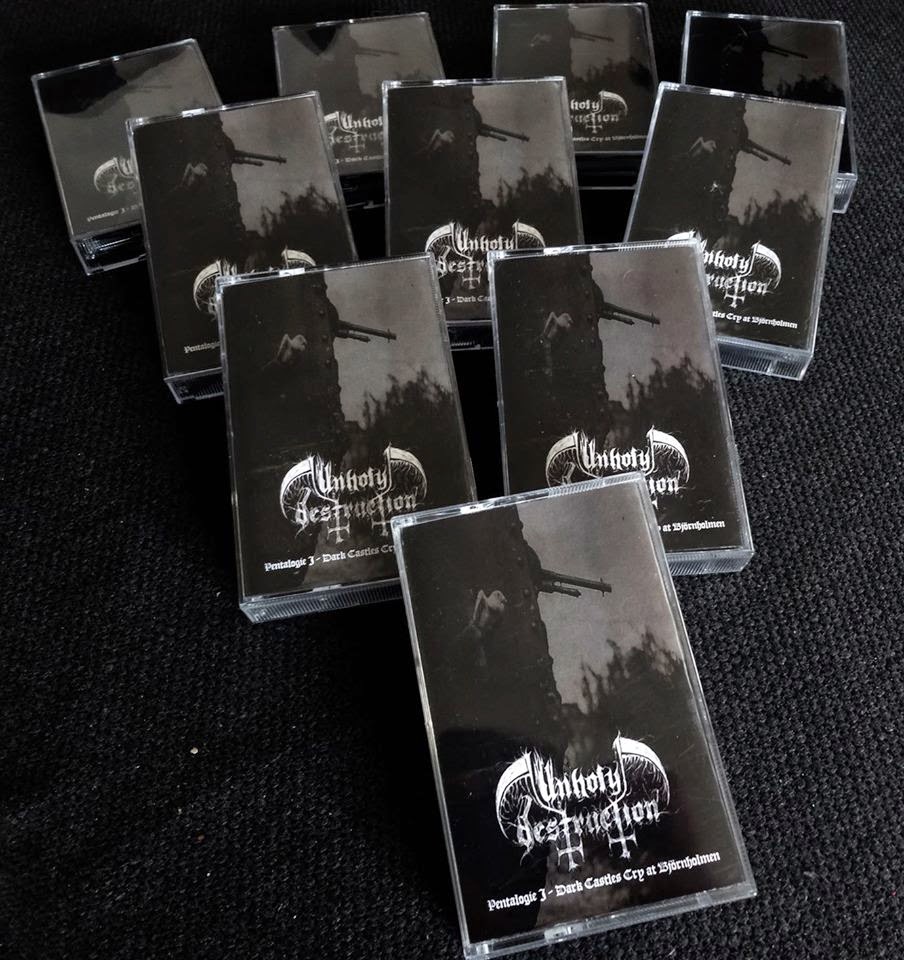 -We never heard of any birds playing a decisive role in WW2. This one is sitting on a cannon. We thought this was tremendous.

4.How did you come in contact with Schattenkult Produktionen who released this full length tape & how
where they to work with? And is there any plans of releasing this on cd or vinyl?

- Actually, only our drummer knows this Schattenkult guy. He’s the ambitious one in the band, always wanting to sign with labels, so he can buy some golden drumsticks. So yes, it’s been a wonderful working relation, even though we know that he has some horrible, horrible bands also. Our drummer plays in a band called Hundert Kilo Muskeln. We don’t plan to release this on CD or vinyl.

5.You describe the music to be a Unholy biocidal, booze-drinking pre-Black Metal genre. (explains the GG cover) It sure sounds like that also but was this type of direction a conscious move for you or did your lifestyle take you there by force?

6.By booze i guess you mean all kind of alcohols but do you prefere any special beer brews? And do you settle with only booze as intoxicants?

7.Have you or will you perform live? Do you know any bands in your neighborhood you could think of sharing a set list with?

- We probably won't perform live, as most people at metal concerts are homofags or hobbits.

8.Not that i have any specific dear feelings for France but please explain your anti-France "propaganda"? What started this? And i sure got a laugh out of the special price offer you had for this tape and shipping to
the potential buyers in France! 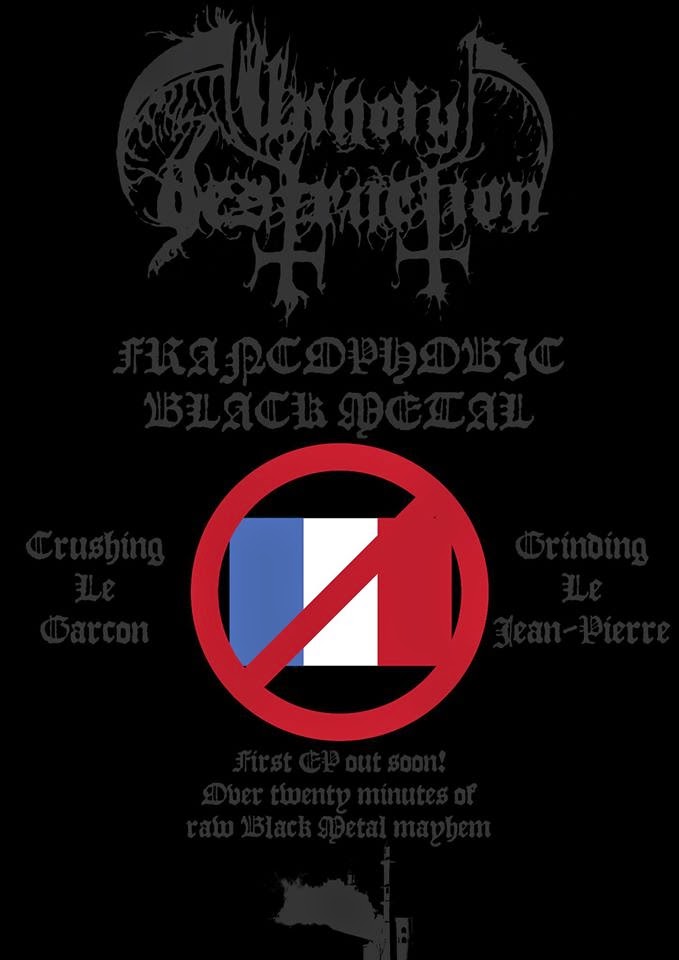 - They took our jobs. Now it’s personal. So it escalated a little bit. Our drummer lives close to the french border and is a professional commuter. He was working for a french nuclear company, but there were problems in the team. He punched a couple of dudes and they fired him.
These assholes!

9.By the way did you or some of you live in Germany before and then moved to Norway? What was the reasons for the move? To get further away from France?

- We moved to Bjørnholmen mainly for the place’s cool name and for strategical reasons we can’t disclose here. We’re professional commuters, so to speak... You’ll never really know where we are at the moment, and we like it that way. You can never get far enough from France, anyway.

10.So will there ba a Pentalogy II later this year or so? Or something else?

- Hey, give us a break, will you? This is hard work. We need to make sure to deliver only the very best material, as you’d expect from us. Also we’re very busy with business, family and jail sentences (our drummer is unavailable for the next 6 months for beating french people (for your information, 11 months is the maximum for this crime in germany(which means he’s already in jail (high security) since 4 months))))).

11. Time to end this interrogation now! You got the last word!

Thanx to you for taking the time for the interview and thanx to all fans and supporters worldwide (except France!), we wouldn’t be where we are without you. You know who you are!
Stay true.
Nihil Baxterandum, Ora et Labora! 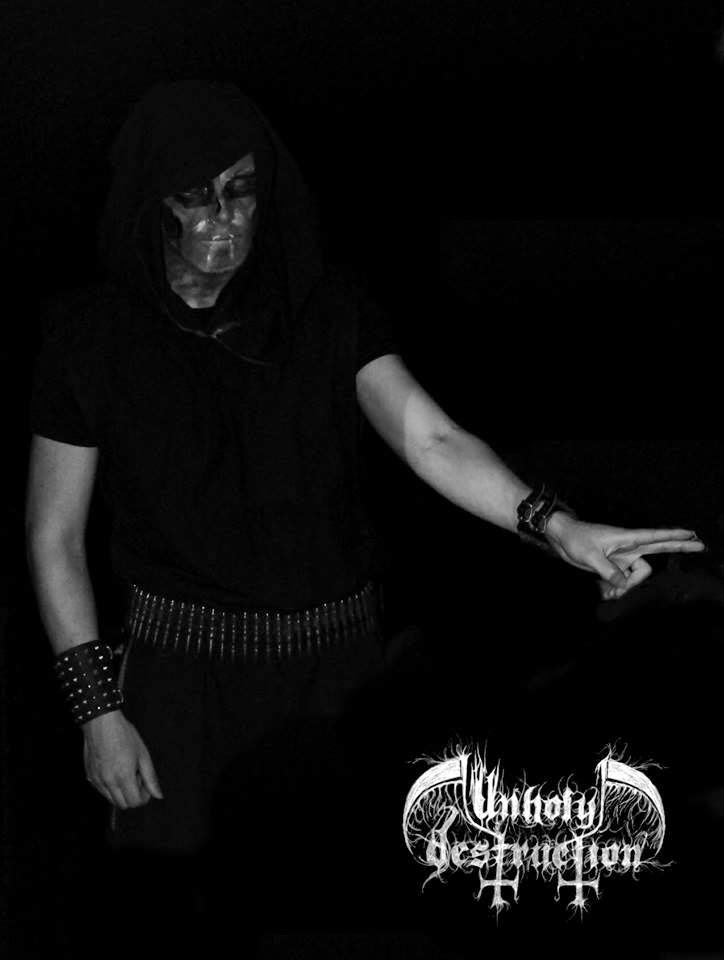