RAUS! / Perunwit - Under the sign of the Black Sun

As i knew that RAUS! was a new side project from Black Altar/Kriegsgott mastermind Shadow i prejudged this split to be something i should like.... 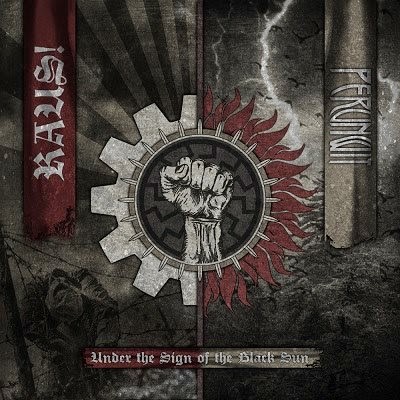 ...and to my non-surprise i really liked the RAUS! part of this split!
Well i also liked Perunwits contribution but i cant say i had any prior knowledge of this old champion of pagan sorcery and have not listen much to this type of Folk/Ambient, Pagan Folk music to really judge it fairly, though it sure is effective and soothing  somewhat. Even a bit Asian sounding i think, should work great also like a movie soundtrack to a fitting feature.

Anyway, my biggest reward here is the second track "RAUS!" which is also the only one (of two) track on this release that is a "real" song with vocals and powerful composition, this song is a little bit industrialized (just enough) in its cold cutted & chugging riffings and militant drum battery. The vocal melody mixes into the war like hysteria soo good here that i wont complain that there is not many more songs in this style on this split! I think this song will be one of my  favorites this year. Track 1"Spirit ov Victory" is a great majestic intro and track 3"Ich bin Got" is like a militant (keeping the ambiance) psycho intermission and then comes the other "real" song "Genocidum Atrox" which is aggressive & tight but dont reaches the highs of RAUS! track. the fith & last RAUS! track "Go and Die with Honour" works like a grand outro and like a final farewell to soldiers going out to meet their fate.

...So to round this off i can say that if you both like your music blackened militant war hymns with a touch of modern day coldness and plus some more ambient and tribalistic rhythms that will take your mind to distant pasts this split is something to buy!  It is varied & strong. 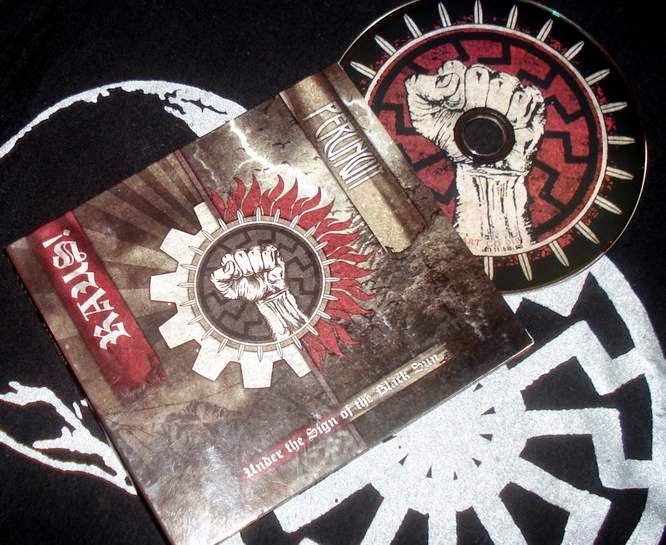