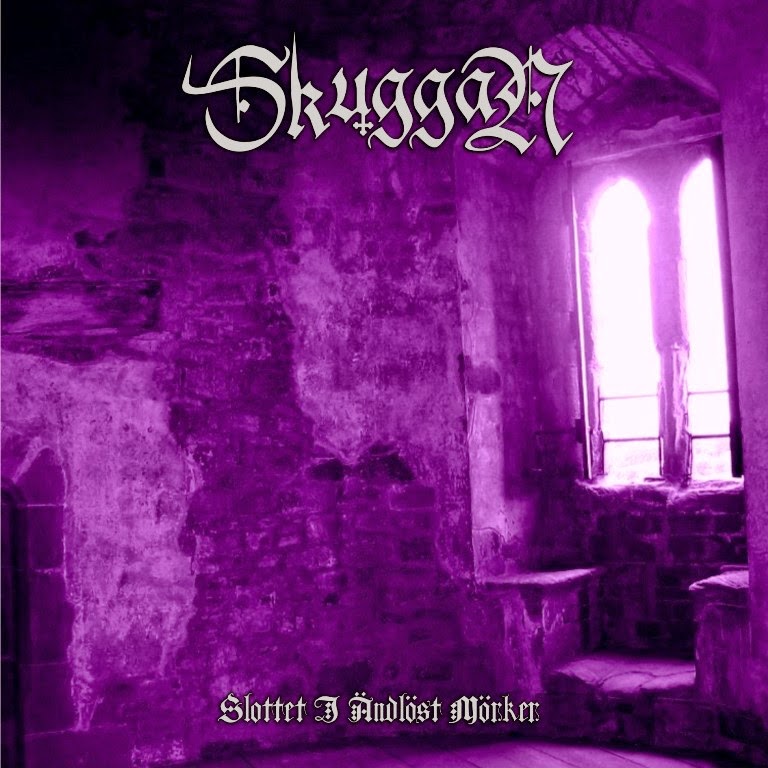 Here we have the second album from the undisclosed entity SKUGGAN!
Last time i visited his misty domains in "Kejsaren av ett svart rike" i felt at home and enjoyed the dark sided medieval lore, it was like hanging out in the orc-camp and taking long cold travels to the dark lords grand & unfriendly fortress.... and for those like me will here again step into familiar boots and continue the battle once again against the "good" forces!

It feels like a direct follow up from the debut album which means nothing really has changed, for good and bad i guess but i have not tired at SKUGGANS sound plus to be completely fair there is pregressions to be found here and there in his compositions which infuses some extra freshness to it all.

SKUGGANS sound is direct as always with sharp & somewhat melodic riffings and thundering drums, witching backward singing. It lives in the second wave firmly but with a hint of trollish & shamanic vibes.  The production is clean but  strong enough to lift the songs to a good middle ground standard.

One thing that i like about SKUGGAN is that he is very clean cut and straight to (his) point though i love much of the new modern sofisticated (sometimes over sofisticated, and some posing with "sofisticated" artifacts & symbols)  black metal that has taken the genre to the next level in many ways... it is nice to fall back to this Tolkienish blood & guts world and just relax.
As a BM "fan" one has the need of the full spectrum of evilness!

A solid follow up which will scratch your goblin-itch!
One thing i would like to have from SKUGGANS next slab of music is a even more dramatized fair, as i feel he has a flair for cinematic infusions i feel he can take it even further into the storytelling lair.
Pick out tracks is: 2, 7, 8
Track list: