Oh that lovely cover and Vampire logotype screamed to me from the dark & swelling sea of "svensk" death metal! I think many thats into this cant ignore this neat designed little package and i think no one will be especially disappointed by the music either!

This demo only consists of three songs but these three songs deliver enough blood & guts for one to be really engulfed by it! I hope they work on a full album soon goddamn it! ( Oh! i got to pic up the 7" thats about to be released from to the death records soon too, and i heard that this will have an extra song as well!!) 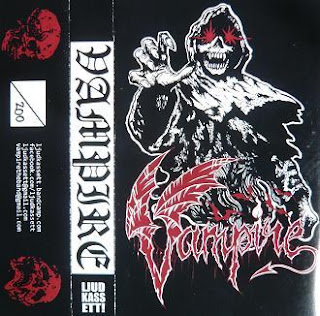 Drawn by Mattias Frisk from Vanhelgd

This horror themed old school death metal (think end of the 80´s & early 90´s) is is both rottingly nostalgic as it is fornicatingly timeless!

It´s quite primitive and analogue in a good way and with enough thrash/death showmanship to stay alert for the next offering from this Swedish band Vampire! 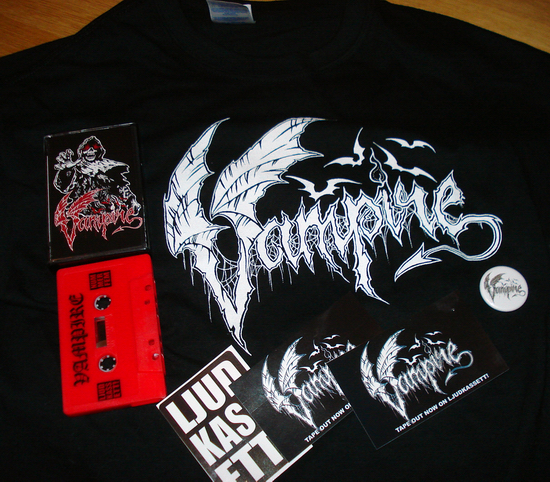