As the cold moon rises again over us the devil shows its unspeakable face for its second time!
The norwegian Djevel is here with its sophomore album "Besatt av maane og natt"!

1. Greetings!
Thanks for taking some time off for this talk on RAW WAR!


2. Now when the time is ripe for Djevels second full album people seems to be rightfully eager to
get their filthy hands on it!
And it is not so strange when you read some of the reviews you got on it! Overall very positive!
Do you feel the surroundings has grasped "Besatt av maane og natt" as you hoped for? Are you as
satisfied yourself? 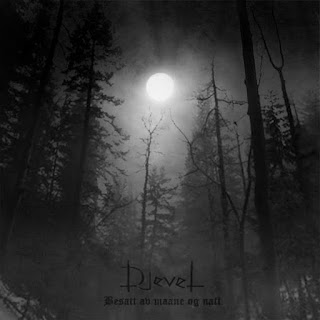 - Well the album is not out yet, only two songs that we leaked ourselves. I do notice that people are much more interested now  than  when we released our first album in 2011- Obviously we have made a name for ourselves. I am extremely satisfied with this album, i believe it is on another level than Dødssanger- Its more complicated and intense, but still holds the melodies and atmosphere that i see as important for the black metal i create.

3. As i understand the main focus on all of Djevels lyrics is about worshiping the devil in the old Norwegian ways, as an curious bystander do you have any litterature tip if one likes to deepend one's knowledge of this old tradition?


4. As you have stated "We’re not a live band." how do you feel about the only (?) gig you play at Bunker 2013 Music Festival in Oslo (22 august-24)?
Is it the same for the other band in your coven Nettlecarrier? Your FB teaser text "We are allready preparing something special for this night .!." gets ones evil juices flowing anyway...

- Since we played one gig last year and will play again this year i probably have to change my statement to saying that we only play very special events.
I was very uncomfortable last year when we played, and i did not enjoy being on stage. On the other hand i appreciated all the people traveling from abroad to the show and i must admit that it feels good to see such devoted people.
This year i feel more secure about the whole thing and i am actually looking forward to playing- Yes its the same for NettleCarrier- we will play 2 or 3 songs from that album as well.

There will be an announcement later on that will tell more about what we are planning...

5. Will there be some nice merchendise from Djevel at Bunker and/or directly from you?

- There are some shirts from Aftermath now available with pre-orders limited to 50 x, and we will print some more with different designs


6. How many x did you press of the limited 2 track 7″ EP  “Besatt av Maane og Natt”  you released last year? And does the songs differ from the album version?

- I think it was printed in 250 X- Those versions on the 7" are demo versions. They differ from the album in many ways. The drums are different as well as the guitars.

7. Now that the summer is approaching fast will there be time over for some tenting trips with Fenris?

- Yes. We are actually heading to the mountains in a few days for our first trip this year. I am extremely eager to get out in the woods and inhale the pagan Norwegian air.


8. When will the vinyl outing of the new album "Besatt av maane og natt" be out?

- Its scheduled for release on may 31st, so i hope that it will be on time


9. Best of luck to you at Bunker and all! Any last devilish warnings?

- Thanx for your support. 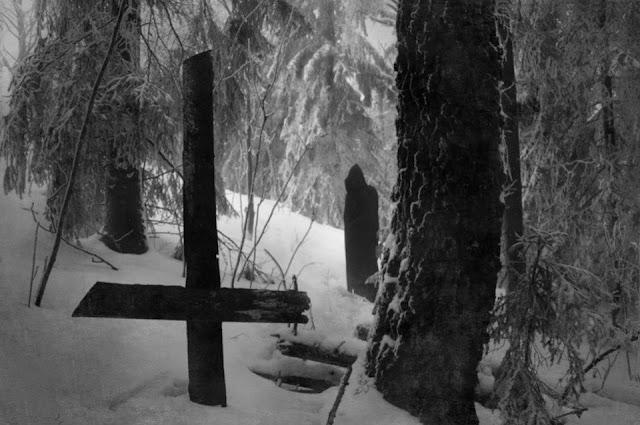