Here is a little chat with the man behind the Polish band TOBC. 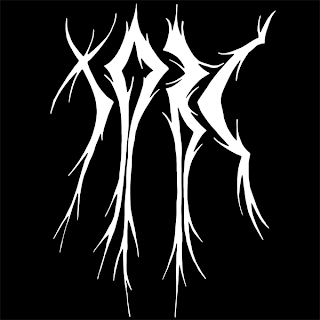 1.Greetings!
First i like to congratulate for the finishing of your new second full length
album of yours!

- Greetings and thank you very much for the congrats hoping you'll be able to lay your hands on the new material soon and that you'll love it:-)

2. You released your first record "Heart of Darkness" in 2011, how would you
compare this new one to the first? First one was really inspired by the likes
of Burzum etc...i feel from the tracks you have put up from the new is that
your "inspiration-platforms" have increased. 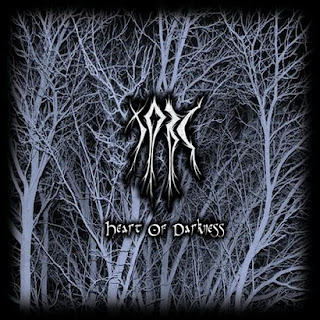 - There's a couple of things that come in my mind when I listen to the new album. The frist one, as you noticed, is that it's definitely not heavily Burzum inspired this time. I was getting inspired by so many different bands and music genres when writing this album that it's impossible to even mention it all. Another thing is that the new material is much less repetitive and the songs differ from one another much more than the last time.
I included some delicate electronic additions, increased the complexity of keys and chord progressions and changed the vocals totally.
I think the new sound is thicker, more dynamic, aggressive and of an overall better quality. But that's just my opinion that may not be so accurate as I am the creator of it - I'm curious how this will look in other people's eyes.

3.As you started out in 2008 what were your aims for this artistical outpoure?
Why do it alone?

- Back in 2008 I had no other aims than just to record some music to satisfy my artistic needs and for fun - TOBC was just a means of my daily 'artistic fix' so to speak.
There was no other philosophy to that. I wasn't even planning on releasing anything - TOBC was meant to be just an amateur creation existing solely on Myspace. That's why I didn't even bother to establish a regular band with other people. Things changed when I got in touch with Krignord of the Fulgurum project though - we kept on ecouraging each other to create more and more music which resulted in us completing our own full-legth materials.

And then the thought of releasing them came to us - why not try, these materials don't sound THAT different than other underground bands / projects - we thought. And so it happened - I managed to release 'Heart Of Darkness' and I think that was the REAL beginning of TOBC. From that moment my goals have been very simple - to get better in this whole music creation process - in songwriting, recording, instruments playing, message, etc.

I want to make TOBC a developing and respected project. To make at least one step forward every time I create something and I hope my second album will prove that.

4.Besides from TOBC have you been active in any other bands?

- Not really - at least it wasn't anything serious - I just had a short-term garage band during school years.

5. What does TOBC stand for?

- I had been keeping this a secret for a long time to add some mystery to the whole project, but it's not a big deal anymore - TOBC means Taste of a Battered Coke - which may sound ridiculous to most of you but believe me it has a very deep meaning - that's a story for another time though. :-)

6. Have you performed live anytime? If so where and when was it? Did it go
as planned?

- During the garage band period I mentioned 2 questions before - I happened to have a short performance for a 300 people audience which was a lot for such amateurs we were. I won't be getting into details but let's say I was not really satisfied with the outcome. It was fun though.

7. Will the second album also be released from the label Kunsthauch?

- No, this time it will be a completely different label. Don't know if I can reveal its name yet, so I better not do this now, but the info will definitely show up on my websites soon.

8.Can you dissect a little in the heart of the fresh track 'Into The Fray'?

- Of course. Basically it's a song about us struggling in this seemingly endless battle called life. It's about the obstacles we have to overcome and our own weaknesses which make it even harder for us to stand our ground. It's also about the cost of staying in the competition to honourably lead our lifes.
But that's only cutting the long story short - you'll be able to get the full meaning from the lyrics that will be included in the album artworks this time around.


9. How does your plans look like for the rest of this year? Any release date
& name for the coming album?

- I don't have an exact release date yet but it should happen quite soon:-) The album will be entitled 'What It's Like To Be undead.

- Thank you very much for the interview and for the interest in the band. I wish all the best to all of you reading this. Cheers!


Here is a taster from the album: