1. Hails! Thanks for doing this interview!


2. How´s the work going for your coming album? I understand there was some "drama" with one from the horde dropping off and stuff.

Bergh:
The album has been released early August by Heidens Hart records and we're very satisfied with the final product.
Also, yes, it's true that there were some issues in the band around the times of the recordings. Tiwaz had to leave after recording the drumtracks because he was simply playing drums in too many different bands at once, and had no time left for his family. Wraak left the band after he already started recording the bass parts for reasons I don't want to publicly discuss as I respect his privacy, but all bass tracks that will be present on the album have been (re)recorded by myself. Plaag was unavailable to record guitar parts as he wasn't in The Netherlands at the time (which is also why we played a gig as a 4-piece last year), so all guitar parts were also recorded by myself.

Dagon:
The chaos in the band calmed down... it was a bit fucked Tiwaz had to leave, but he had various realistic reasons, family etc..
And what happend with Wraak, well there where a few reasons he left.. but hes still our comrade.. and Gestalte will always repsect him.

3. How would you describe this debut album? And what is it called? 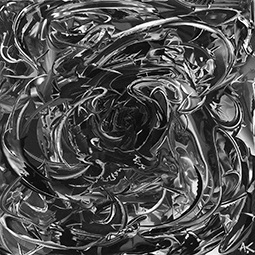 Bergh:
The album will be titled Ashes of the Soul. I would describe it as a step forward. I personally think it's more diverse and layered than our demo, which is good because I wouldn't want to be in the type of band that releases exactly the same type of music over and over.

Dagon:
I would discribe the Debute album a fresh wind, It's Orthodox Occult/Chaos-gnostic Luciferian blackmetal. But indeed what Bergh also mentioned very more diverse, but still also very traditional and raw. I would say in my opinion, it's Ranging from very angry darker ways and moods ful of rage, to emotial depressive moods... Its all there, Misanthropy, hate, the Occult lyrics, Spirituality, the feelings, the guitar work, it combines perfectly...


4. Your first release was the demo "Gestalte" from 2011, what was the response when it got out from the crypt? And how does it compare to the new album? 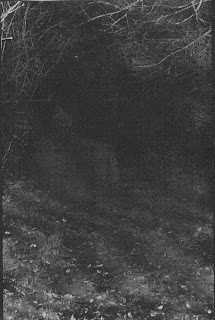 Bergh:
As far as I know, the response to the demo was mixed. Some called it uninspired, and others claimed it was a very intense record with a strong atmosphere, but I must admit I didn't go looking for reviews online or anything as I was already preoccupied with writing material for the new album and getting some gigs around the time the demo was released. We did get reviewed in Aardschok magazine, the biggest Dutch metal & rock magazine, a few months after the release and they gave the demo a score of 80/100 if I recall correctly.
For me it's hard to compare the demo to the upcoming album, as for me it's been a very gradual transition from what we did back then (and how we did it) to what we do now. Ashes of the Soul is going to be a more diverse record than the demo, in my opinion. The biggest difference when you hear the new tracks for the first time will be the sound. We spent a lot more time on producing and mixing this time around as we aimed for a denser and fuller sound than when we recorded the demo.

Dagon:
Indeed reactions differed, but most where very positive... Heidens Hart, released the MC.
And Self Mutilation Services the CD version. I'm very proud of the first demo/cd.
It did very well in countries such as, for example : in Finland(A lot of positive reactions), Russia, Germany etc...
But there were also some critics... But that comes with it.. you'll always have that..

But indeed our debut album ''Ashes of the Soul'' is maby a bit different, Diverse in other ways...
Still mostly very traditional in most ways, but with a bit more broad horizon..


5. How is the BM-climate in Netherlands?
And is there any interference from the common people?

Bergh:
While there are occasional metal concerts in several venues in The Hague (my hometown), the place to be for black metal in the province of South Holland is a venue called Baroeg in Rotterdam, which I attend frequently. Often local Dutch bands open for more well-known international acts, and we've played there ourselves in December 2011 with a few bands from Norway, and will play there again this coming November.
There's not much interference from those who aren't interested in (black) metal, but occasionally there are stories about concerts in the country that get cancelled because some Antifa people get the idea (and this idea is almost always wrong) that the bands that are supposed to play are right-wing extremists and then they threaten to cause a riot, which pretty much forces the venue to cancel the gig. As said this is usually based on bullshit and I think it's pathetic that things like this happen.

Dagon:
In the Baroeg in Rotterdam its a very good climate for the underground.. If it comes to Blackmetal and other forms of extreme metal, its the place.
And when it comes to common people, well, who gives a shit about them, i hope most of them common people stay away.

6. How did the ritual at Bazart in The Hague go? 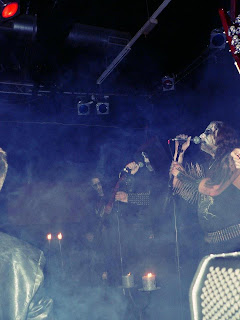 Bergh:
Our performance at Bazart on the 24th of May went very well. I must say I'm very satisfied with Misanthropist's (our new drummer) and Mordehm's (our new lead guitarist) playing during this gig and the others we've had in June. It's also good to have Plaag back in the band, as playing live with 2 guitarists often sounds better than just 1.
Videos from this and other gigs are available on Youtube.

7. Any more gigs dates planned? I heard of Finland?

Bergh:
We're playing in Tilburg on the 29th of September, and we're (together without our label/booking agency Heidens Hart/FCBookings) planning a 4 day tour in November (14-17) with Azaghal and Blackdeath. What you've heard about Finland is also true, we're playing three dates there in October, on the 23rd in Tampere, on the 25th in Jyvaskyla and on the 26th in Helsinki. We're looking forward to playing outside of The Netherlands for the first time.

8. What other band backgrounds do the members have?

Bergh:
Personally I started playing in different bands five years ago, but the first black metal band I played with live was Zwartplaag in 2010 as bassist, the same year I also joined Gestalte as guitarist. I switched to playing bass live this year because it was easier for us to find a new lead guitarist than another bassist. I currently also play bass in a band called Celesterre, which is sort of hard to classify but I guess you could call it old school doom metal with black metal influences, but that wouldn't be a perfect description. I've also recently started a new band, called The Howl Ensemble, which is an instrumental experimental rock trio in which I play a Bass VI, an instrument made by Fender that's inbetween a bass and a baritone guitar. Coincidentally, the drummer of The Howl Ensemble has also been the audio engineer and co-producer during the Gestalte recordings last year.
As far as other members' past & other current bands I'm going to refer to the Metal-Archives, as the list would be too long to mention here. I do think that the fact that most of the current & past members of Gestalte have played in so many different bands over the years is a sign of competent musicianship, as otherwise they probably wouldn't have been asked to be in all those bands!

Dagon:
The Metal-Archives is ideed a good point to refer to for all the members of Gestalte.
But to speak for myself.. My first band was a Death/blackmetal band in the late 80'...
But My first real Blackmetal band was Blackart in 1990. And 1992 i started Necrofeast and released two albums with that.
Later in 94' i created Hekel together with Mictian.
Then came Winterdood end of 97' later name-changed in Hailstorm, i also dit a project called Bloedwraak around that time.
Much later i joined Zwartplaag(now split up) as the band's vocalist.. (Bergh and Misanthropist and Wraak were also members of Zwartplaag) I also dit some projects in between all of the other bands....Session vocals also here and there for some other Dutch underground acts... And later in 2009 the idea for Gestalte came with Plaag and me, and shortly after He asked me to co-create. And not long after in early 2010 Bergh joined Gestalte also, a bit after Nevelgeest and Wraak already joined... But the line up is as told in this interview also by Bergh is very different now within Gestalte.

But also what Bergh said, for us its maby to much to mention for now, when it comes to all the band members, current and past. The Metal-Archives is relatively good source to see.

9.Thats all for this time! Looking forward to the debut record!
Any last utterings of despair and hatred?

Bergh:
One thing I can't stress enough is that people who have heard the demo should not expect more of the same, as we have definitely evolved over the years.

Dagon:
My opinion is, its very extreme... Different.... though still very Traditional, but with a different approach.. Indeed we evolved.