1. Now when you have been around the battlefield for ten years i thought it would be a good time to go back from the start! The first dark shimmering release was your demo "Of Ancient Splendour", how was that period in your life and whats there to tell about this demo? 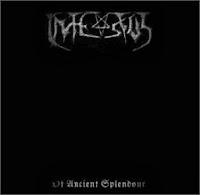 -You really want to know?
Well, this period of life wasn’t a good one at all.
And this situation lasted a very long time.
However, in 2003 we (Harbarth, Dagon and I) founded Infestus and released this demo in the same year. Back then, I played drums and bass.
Nothing more to be said about it.

2. Then in 2004 you created the debut album "Worshiping Times of Old" and you released it all yourself in what I understand. Did some label later on release it? How does those nine songs feel nowadays for you? 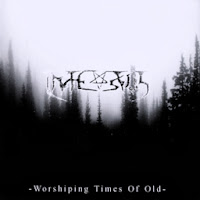 -Yes, this one was the first full length album. We produced and released it ourselves.
Within this period of time we were still trying to find our style. Harbarth and I were writing riffs independently and tried to blend them together.
I never thought about re-releasing it via a label. Also, I don’t listen to those old records. In my eyes, they represent a band that doesn’t exist anymore. And that band has not much to do with the actual INFESTUS nowadays.

3.Two years later a split with Lost Life was made and you contributed 4 tracks to that, it got an official release through Fullmoon Funeral Productions(Asag,Atopie etc). whats to say about this one?
Did you get some good connections? 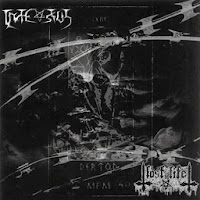 - As for these four tracks, I took over most of the songwriting but holding back the really personal riffs for a potential solo-project that I already wanted to realize back then. Harbarth left after the release of the split in 2005 and I saw the opportunity to take over the whole songwriting without having to make compromises. Using INFESTUS for a far more personal expression was now evolving. I like to see the period from 2003-2005 as a period of shaping the entity INFESTUS, comparable to the situation of a foetus in the womb.
I never cared about connections. Actually, I don’t have much to do with the scene. I am creating music primarily for my own purpose, as a valve for all those things that need to be processed somehow. All that comes with it in addition is secondary.

4. I guess you felt quite uplifted when Debemur Morti Productions signed you up? And they release your second full album "Chroniken des Ablebens" in 2008, did it become as you wanted it to be? 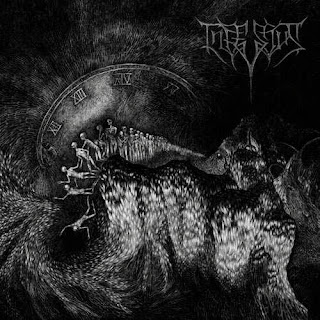 - When this album was completely recorded I was looking for a label that would fit to the ideology of INFESTUS. Debemur Morti was the only right choice. And I was quite happy to have this unique label releasing my album. In my eyes, “Chroniken des Ablebens” was the first real INFESTUS album.
Only Dagon and I were left. I was responsible for all instruments and the songwriting, Dagon contributed 50 percent of the lyrics and did the vocals. This album showed me where I can take this and that I don’t need anyone else than myself to completely shape this musical demon.
Yes, it became the way we wanted it.

5. In 2011 you created the epic third album "E x | I s t", as it stands out a bit from your early works a conclusion for me was that both your technical skills and your emotional creativity had grown and become "sharper" & deeper in a sense. 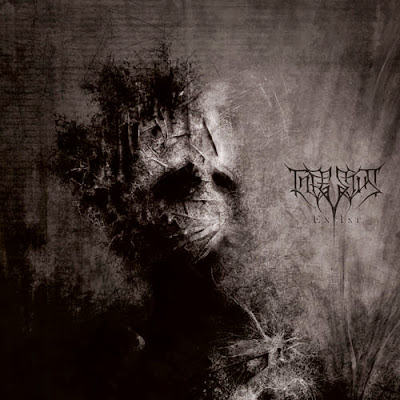 - Yes. I wanted to dig even deeper into my spiritual abyss, trying to process very dark life periods. I worked out a very intense concept and put everything together piece by piece.
This project became so personal that Dagon decided to leave the band. It was a logical step.
Over the years I continuously took over more and more of INFESTUS until finally it became the very mirror of my soul. Although it is a very hard and demanding task to really doing everything yourself (the whole songwriting/concept, guitars, bass, vocals, drums, recording and mixing, graphic layout) it is also a way to personalize the music even more.
This fact made “E x | I s t” an unbelievably intense album which stands for itself. Of course, over the years skills increase. And there will also be a noticeable progression in skills for the next album. This is something that comes naturally.
I don’t force this to happen.

6.And now in 2013 you are in hard work for your next release, please tell something about this and what we can come to expect of it? 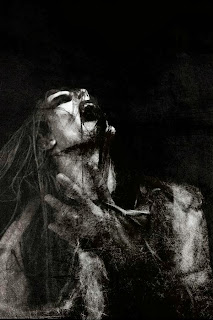 - At this point of time I don’t want to tell too much about the new album.
But what I can say is that it once more increased both compositionally and musically. It draws from a wider range of musical aspects united in its shape, but it is still a very dark and quite aggressive album, held together by its consuming hopeless atmosphere.
This album is by far the most work-intense I ever have ever produced, talking of wrong decisions and numerous things that went wrong beyond my control which as a result literally forced me to give evidence of my indestructible devotion towards it. I think many people would have failed on this path. My dedication towards my music is unbreakable. The deep emotional connection I have with it makes it very authentic. And this is what people are feeling when they listen to my music. Pure authenticity, no stereotypes, no cliché, just the very pain of existence.

INFESTUS is 100% the personification of my darkness.

7.Whats on the planning table for the rest of this year?

- As I have established a live lineup I will make use of it for some shows.
In October 12th we will play in Kaiserslautern, Germany and on December 1st we are performing live in Paris. Besides, I am busy mixing the upcoming album.
Mastering will take place sometime in January. Further information will be shared on my page.

-Thanks for the interview. 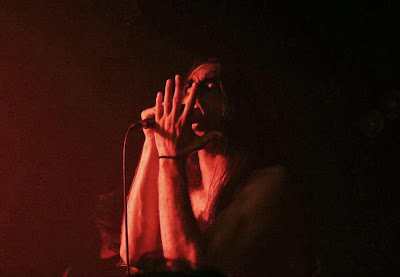