1.Hails Krigeist!
...I guess i talk to you as i believe that Belliciste is a one-man BM-band? How is life today in Edinburgh?
- Hi! That's right, it's just me here.
I actually had to leave Edinburgh a few weeks back due to nonsensical immigration policy. I'm currently living in Serbia, with a plan to settle in Germany later. Life in Serbia is great, though!

2. As the debut album "Sceadugenga" is about to be unleashed into the worlds realm how do you feel about it? How Has the process from idea to creationto finalizing been? How was the studio circumstances and which labelwill release it?
- I'm pretty happy with how it has turned out. I aimed to create something ugly, abrasive and sonically hostile, and I think I've managed to do that. The whole process was fairly rapid really. I purposefully spend very little time refining songs or making changes, as I always want to catch the immediacy and aggressive energy of the initial structures in Belliciste. Usually I have an idea for a riff, press record and play the songs the whole way through the first time (with the exception of a few of the tracks). After the initial bones of the song have been laid down, I build the rest of the instruments and vocals around that.
The songs were written in  a short space of time, then drums were recorded at a local rehearsal space in Edinburgh in a few hours, guitars and bass on a weekend afternoon in my flat, and vocals another evening at my friend GM's place.  It's all a pretty lo-fi arrangement. One room mic for the drums etc.
Todestrieb Records based in England will release the album, which I'm very pleased about. Todestrieb released the Sitra Achra album by Barshasketh (my main musical project), and I can't speak highly enough of that label. He shows a true dedication to the underground, with total disregard for any current trends - a real, honest approach to releasing music. I wouldn't want to release it through any other label to be honest. 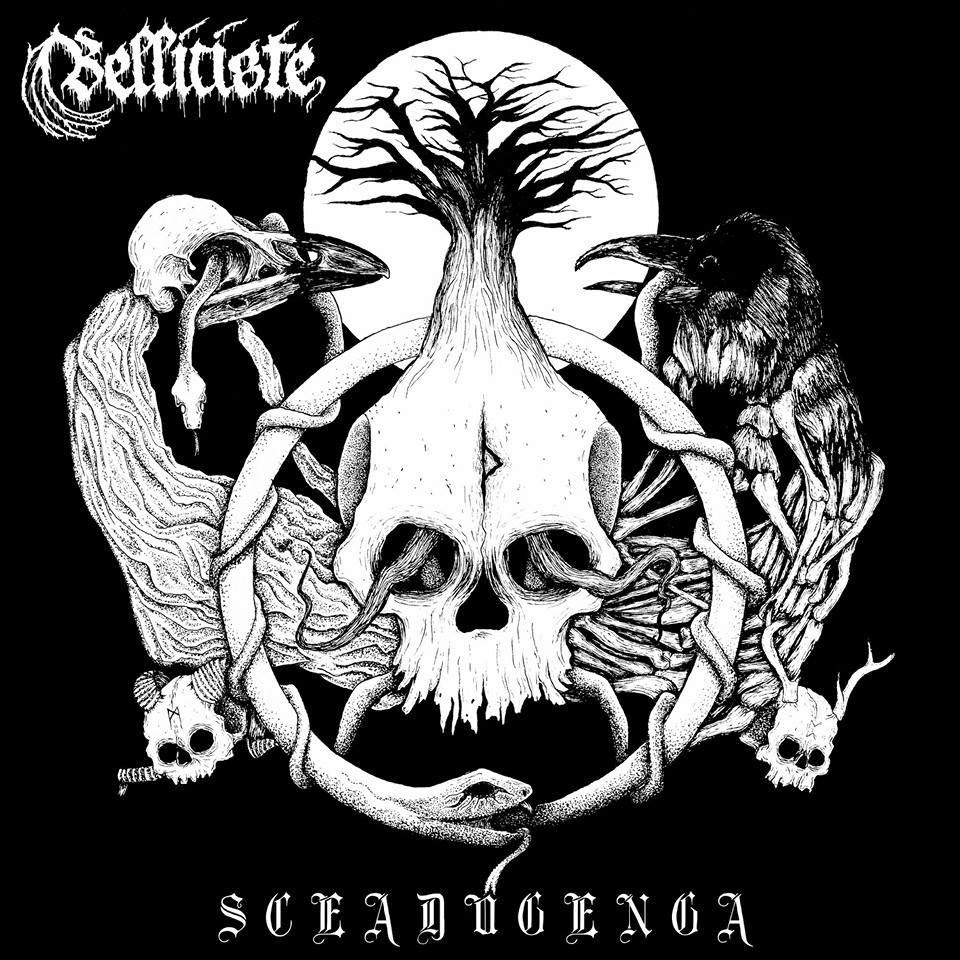 3.And the title name Sceadugenga is the name for a kindof shape shifter i understand but please describe this folklore entity a bit in depth please. By the way whats the meaning of the band name also?
-Belliciste is a French word and can be translated to Warmonger. To me, the name really suited the band sonically and philosophically.
That's correct, the Sceadugengan are mythical creatures in Anglo-Saxon folklore who are often said to possess shape-changing abilities. Sceadugenga roughly means something along the lines of 'Shadow-walker'. They were said to occasionaly settle with human families, before returning to the forest if the attachment became too great or they became bored. It's actually quite difficult to find any information on the term, but what I did find appealed to be for obvious reasons - their association with night/darkness and their solitary and anti-social nature. As well as that, it just sounds cool to my ears!
4.Your first release the was self-titled demo which got out in 2012 through Wolfsvuur Records, does this music you created here differ much from the stuffone will find on the album? How was the response?
- I don't really know about the response to  the demo. It was all very low-key. The cassette was limited to 50 copies, and I didn't really push it at all. It was just kind of like "it's there if anyone wants to find it".
The music on Sceadugenga follows a pretty similar line to the demo, but I suppose it has progressed naturally in some ways. It's eight tracks long, which leaves space for a bit more variation. There are some slower tunes and a few rotten guitar solos that weren't present on the demo. It's still the same blend of raw Black Metal, with a few punk influences and heavy metal riffs, but I think it's uglier and more violent-sounding than the previous material. 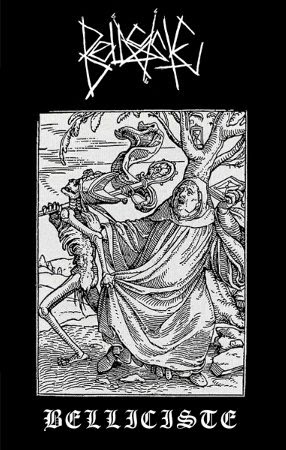 5.Whats the story behind the song "Utu"?
Utu is a Māori concept relating to balance. Its based around the reciprocation of good deeds, and revenge for any transgressions. A pretty solid concept in my opinion. The song Utu focusses on revenge. There are also a few allusions to Turuturumōkai, which is an old Pā (fortified settlement) near where I grew up.  The name Turuturumōkai refers to the stakes on which the smoked heads of slain enemies were mounted to ward off enemies. It's really just a story of revenge presented through Māori concepts and historical events.
6. I understand that Immortalpict Illustration is behind the albums great cover art? How did you come in contact with him(them?) and did the "job relation" work out they way you wished for? And SeventhBell Artwork did your logo? Great artists choices if i may say.
I met Immortalpict through the Scottish Black Metal scene. He plays in a Glasgow-based experimental BM band named Enneract, who Barshasketh played with. I saw some of the work he'd been doing, so contacted him to do something for Sceadugenga. I had a vague idea of what I wanted, but he took it to another level. I'm really pleased with the end result. It's suitably horrific and works with the music really well. It was an absolute pleasure working with him on it.
Same goes for SeventhBell, who indeed did design the logo. I also met him through gigging with Barshasketh. We played with his band Funeral Throne, and when I needed a logo, he was the first person I approached. He did a fantastic job, and again, I think it really suits the music.

7. As you come from New Zealand in first place what would you say is the similarities & differences in BM-world there to the one in Scotland? Any satanic "clan" wars?
It's hard to say for certain, as I was never really part of the BM scene in NZ. I played in Black Metal bands and have some good friends from that, but outside of that and a handful of other people, I didn't know a lot of the characters involved. Things were great in Scotland though. There was only a small group, but the output, and the quality of output was top notch. It was a really positive group to be involved with.No satanic clan wars, unfortunately!!
There's not really enough people in Scottish BM-world for any conflict. Everyone knows everyone and gets along for the most part. I will say that the guys in the NZ scene are a bit more unhinged than in Scotland! Great guys, but some pretty chaotic stuff going on! Good times.

8.Do you have intentions to climb up on the stage and perform in the future?
Absolutely. I had a live line-up together in Edinburgh and we had plans to bring some blood-soaked madness to the stage. We had one rehearsal and it was total drunken carnage, which was perfect for for Belliciste. Unfortunately that didn't work out due to moving, but I hope to get a line-up sorted in Germany.

9.Any other sweet plans like some unholy split or nice sombre Belliciste merch´s? How does the rest of this year look like?
Again, due to the move, all plans are a bit uncertain. Patches are almost certain, and t-shirts are also likely after the album release. I've written another two songs, so they could be used for a split or an EP at some stage. Although, Sceadugenga started as two songs for an EP and spiraled out of control from there, so who knows!
As the for the rest of the year, I'm focusing on getting the layout for the album done so that it can be released ASAP. After that, the next move will be to focus on getting folk together for a live line-up in Germany.

10.Thanks for answering these questions and best of luck in your future endeavours.
Thanks for the interview, all the best with the great zine! 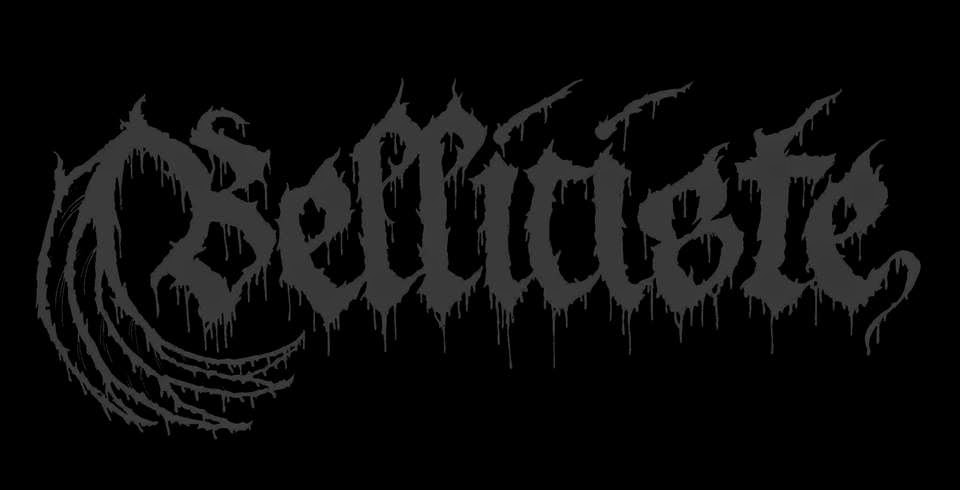