-Hails! all fine here, playing brutal music in room of rehearsal and drinking any beers with friends in summer fests!!!

2.From what i understand this year 2014 marks your 14th year as active?
When you started this band what was your vision of how Extirpation would
be like & has it change under the years until now?

-Extirpation started making Bestial Satanic Black / Noise in two first demos.
I never intend to sell this material, just did some demos for me and some friends.
My fist album was released to 500 copies in IKP, i,m not wanted professional sound on it because I personally think that the underground music is not necessary have one professional production, the most important is have one good message for say. Extirpation is not only music is attitude and a way of life.

My attitude is the same from first in all my projects and never will change, never seek to be fame or be a rock star fag. Fuck Off & Die poser bastard!!!!


3.When your first full album came out "Tormentor Supreme Black Katharsis"
how was it received and did it turn out like you intended?
Damn great cover art also i might ad! 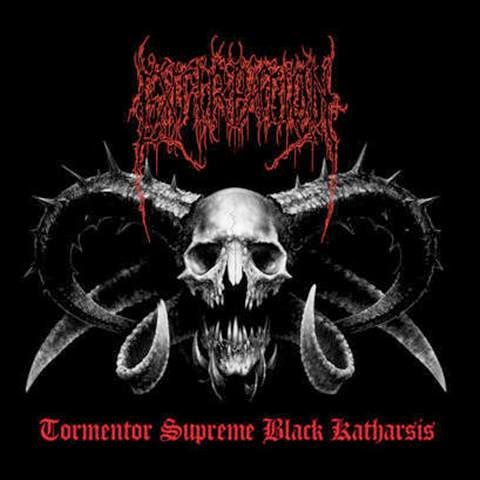 -The first album was well received by the most extreme metal maniacs, promo was good and any reviews also. Actually i changed Extirpation sound and now is much more blast, brutal and extreme than before!!!
Extirpation is not music for masses, i hate all fashion and tags in extreme metal and i support all general underground.
4.And can you tell something about the song "Delightful Aberration Lead You Into Paradise Timeless Chaos "?  The title is very interesting...
-Thanks for your words.
Actually I,m using only my idiome basque in all lyrics, first album have all English lyrics except one.
My ancient pagan basque traditions have much influence about my lyrics. As Luciferism, occultism, war, kaos and total annihilation of Catholicism, Christianity and Islam specially here in Euskal Herria.

5.As your obvious musical inspiration is from older classical bands like Sarcofago, Corpse Molestation, Old Cannibal Corpse,Mortician, Sadistik Exekution etc.
Is there some "new" bands that get your blood pumping?

-yeah, i like all underground old school especially first Demos 90 brutal death,black,thrash,gore,death,
grind,noise ...
maybe actually i can like any new Death/Black project or band whenever sound dark, chaotic and decadent. 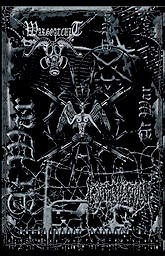 - I,m total proud of my work in these splits. Both Splits are brutal,extreme and less compromises.
yeah, i,m working actually in one new split with basque old school death metal project Izate. 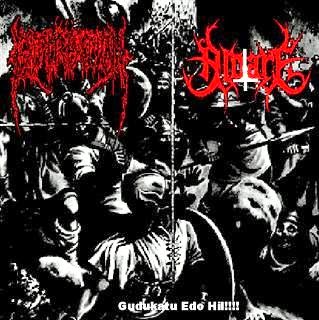 7.What was the troubles with Skullcrushed and Nocturnal Damnation? Sounded pretty serious!
- Extirpation worked with Jae-Ho Han and his south Korean label Infernal Kaos productions in past, we speak for make any project Death/black and i accept but only for any demo in beginning. I recorded shortly after in my study here in Basque Country all music (5 tracks) of album Crucifixion, desecration, perversion of Nocturnal Damnation (Drums,bass,guitars,effects) and later he sent me track vocals for mix and mastering stuff. I had lots of problems with this recording in my study, especially with vocals.
Later of my nefarious experience with Nocturnal Damnation i recommend publicly not make any kind of deal with that person in internet.
Skullcrushed actually don,t have none interest in Jae-Ho Han & Nocturnal Damnation.


8.Last year the second full album "Askazigo (Izena Duenak Izana Du)" was released! Released again on Infernal Kaos Productions! How was the studio time this time around? From what i have heard it sounds splendid!
As i dont know shit of your language (i wish i did though!) please tell me some about
the opening track "Gaitz Eman Det, Artu Ere Badet "? 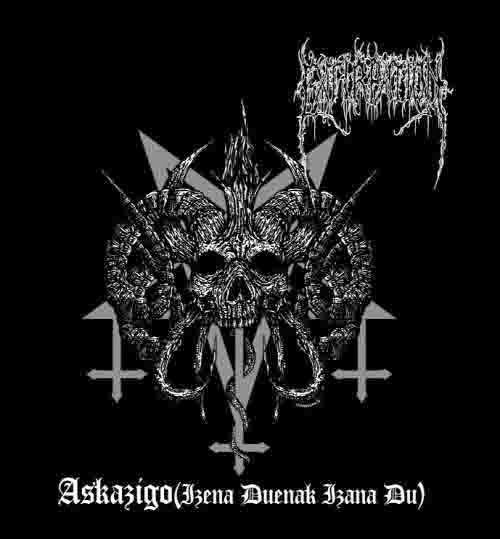 - Thanks, the study time was totally cool! I not remember how many whisky bottles i drank in those days heheh..."Gaitz eman det, artu ere badet" mean - what goes around comes around!!!
9.Your lates Ep "Euzkalerrikolur Ganian Zutunik" was out earlier this year (great cover AGAIN!)
but this time through the label Matxinada Dizkak(or did it change name only?)...why the change? 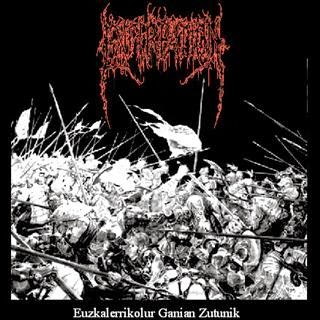 -I,m working actually with basque label Matxinada Dizkak for CD and with Black Goat Terrorist 666 from Ecuador for tape.
My new editions of Extirpation are totally limited and hand numbered because i,m not desire market Extirpation overly. Anyway people interested in my stuff can contact me here - vomitgod6969@gmail.com


10.So what is your immediate plans now?
Live gigs?
- Very soon i will start to record my third Extirpation complete album.
I,m looking for one new drummer and maybe we will make some cool concerts here in my area with Extirpation, Aldare,Deathcraft or Decrepit Artery!!!
keep open the eyes.


11. Thanks for answering this little interview!

- Thanks to you for underground support.

Hails to all friends support to Extirpation!!!

Flaming Infernal hails to you!!