Damn this is an morbid demo! hehe

After the satanic movie sample (should i know from which movie this is from? Probably
some Fulci or Argento flick) the guttural wall of buzzsaw meatcleavers
blast you in the chin! All the acid fluids burn your skin and leaves an un-animated
corpse with a nasty grin on its bony face!
This thrashy blackened death music is sure pumping up ones panzer-blood!

Sure this is no doubt a goat/war metal attack in their traditional murder style
which means that you either love it or not.... lucky for me i already has a thing
for this type of relentless hellhole vomiting.

There are 4 tracks here which is not so much but the band has enough of personality
and dirt under their fingernails to make a mark.

Production is works well with its over powering force, vocals, strings, drums etc
is there and they are doing the job as they should! No more no less.

Time to hunt down the bands other releases now. 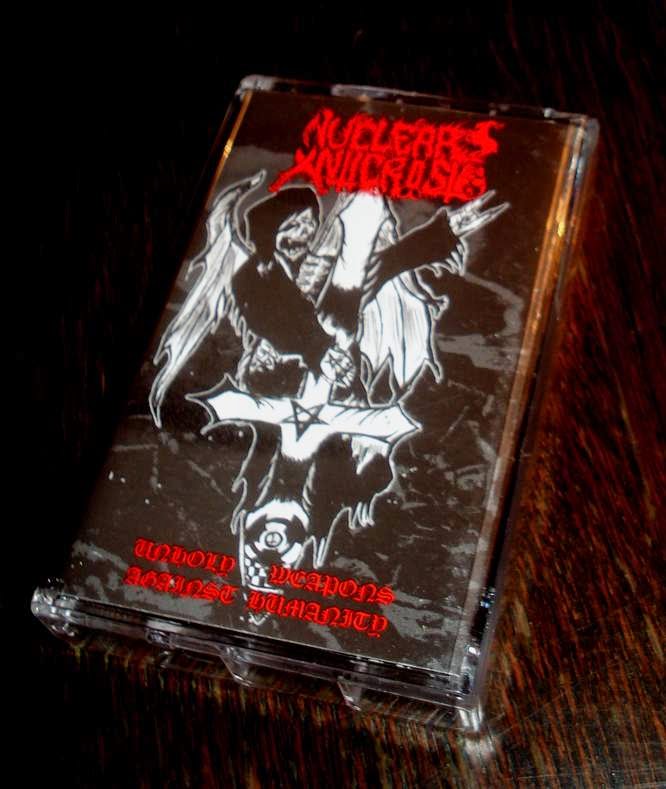 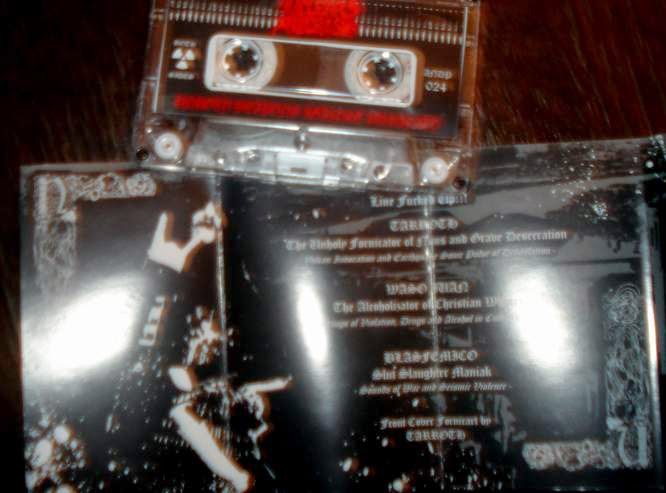