Here we have another split but with a quite different approach towards their musical endavours, First of we have the Belgium based cigar box horror maniacs Vermapyre! 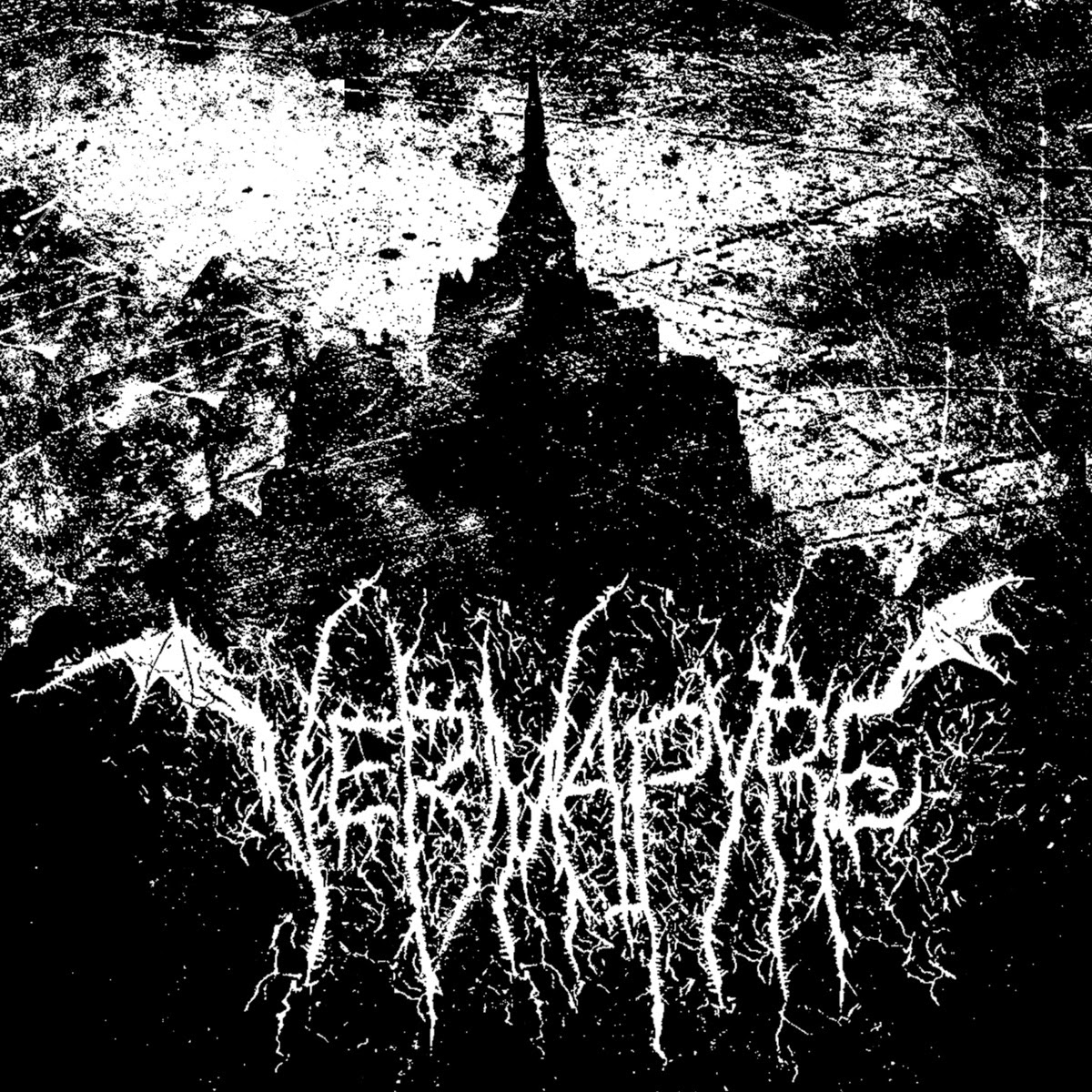 For those who dont know what a cigar box guitar is i can tell you that is the most basic electric vile contrapment to be made... and its perfect for this noisy fright-mare relics that they do. It should be known that this is no mare noise band but rather a very old & raw sounding  "movie soundtrack"... as they themselves have stated that this is "Flickering imagery haunts, concealing the forgotten past of our vaudevillian apparition known as Vermapyre. Distorted, broken sounds from the deteriorated reels of many lost, 1920s silent era horror film devours the listener within the blackened, grit-pocked nightmare that is conjured through thee Vermapyres home-made electric cigar box guitar."
Yeah its just like that and i enjoyed it a lot!

Feelings of gnarly pointy fingers in the shadows reaching out to pierce your smoke filled lungs... Hundred year old bat wings dust up the cave walls as they flaps their way out into the dead night air.
The coffin worms awaits! 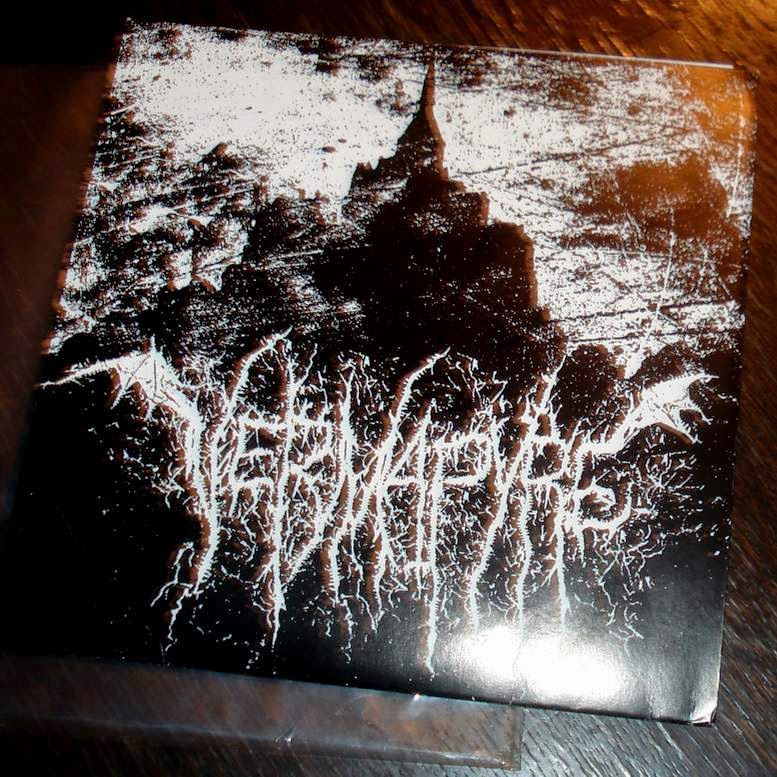 For the other side we found Vehrmöedr (Canada)...info about this band is quite harder to find but compared to Vermapyre this entity is sure fitting for this split. The first thats evident is that "their" sound is much thinner and more minimalistic, i guess the cigar box is used here too (now i know that they dont) but not in the same strong way... strings plinks here and dry low screams pours there. A much more suffocating style but quite interesting...  feels like the last hour of a ghouls flickering life. They are also connected to the label Under the Eye Productions.(Schattenreiner, Ossuary, Devotion) 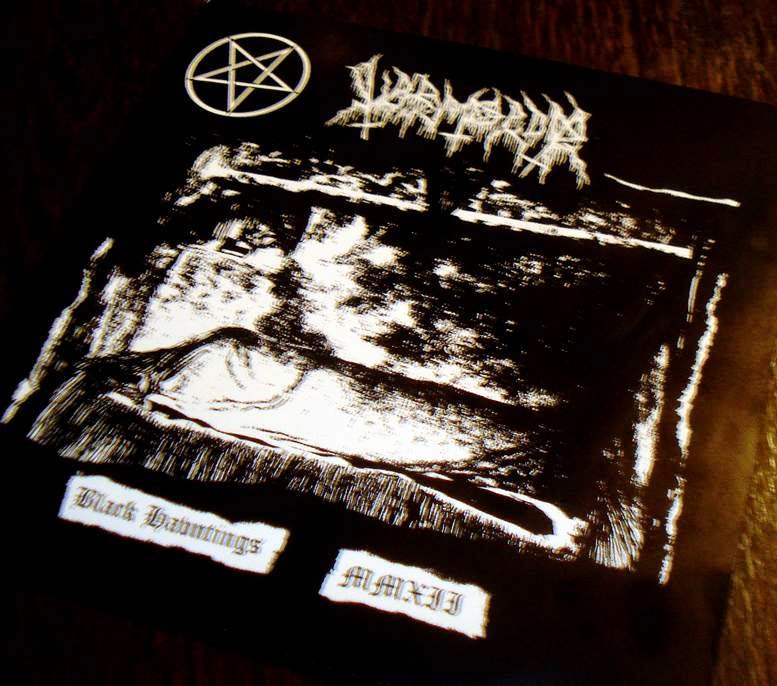 All in all a ghastly split that i think many of you would like!
Great visual production also!
But that can anybody see anyways
Released on the bizarre label Negromancy (they also released HERXSEBET / WAMPHYRE split and VVLAD which is just as good!) 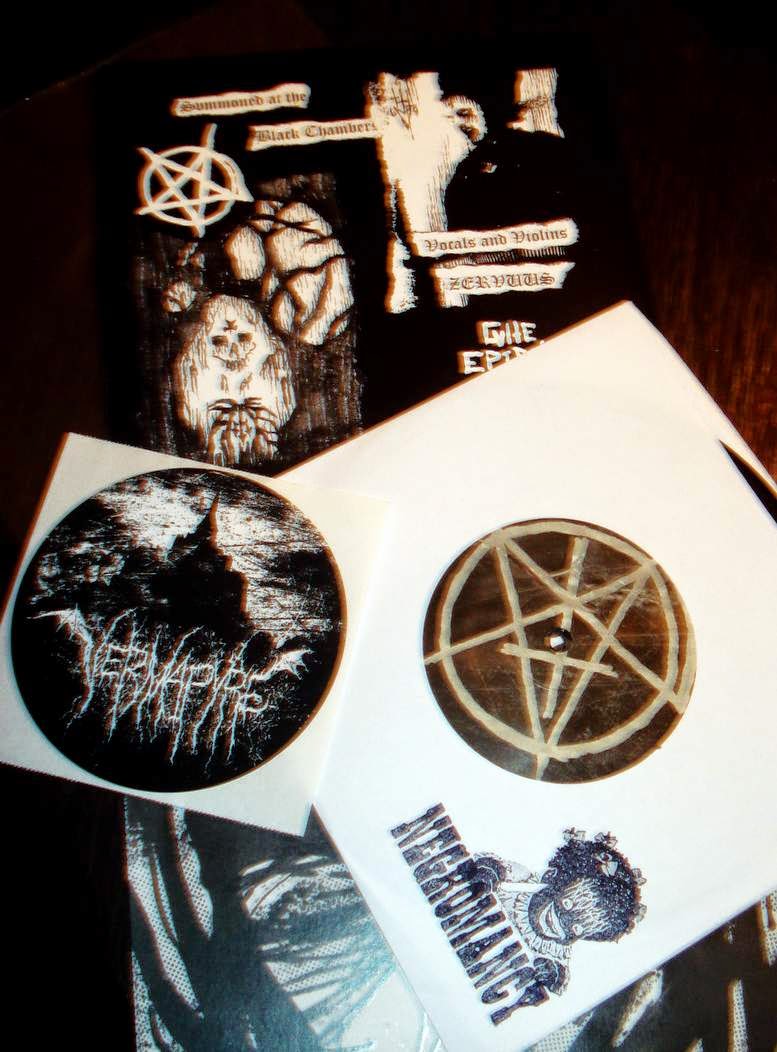