Goddamn!
Fits as description both on this releases title length and music avalanche!! 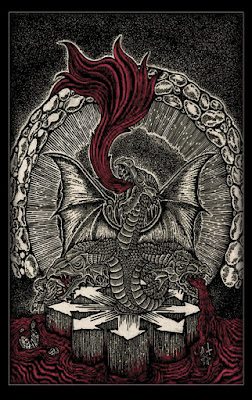 This is like a one, two, three punch of hate that sends you straight down to the fiery depths of Hades!

First off we get a well composed and constructed trinity of songs from Lord of Depression that smells both of 80´s evil metal (also gets a composition hints of Plasmatics and some Turbonegro) as well as putrid black metal coating that surround it all ...sounds like a weird mix but its works really good as a great unclean rocking hate crime both with hooks and chains! Mid raw strong mix with vocals that spits puke in your hair. 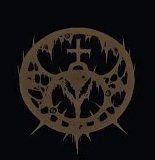 Then next step down the ladder is Infernal Sacrament, you hear directly a change in brutality and it starts to become clear how they planned the band order here, this sound is more of the war/goat metal in the styles of Weregoat etc and even if quite short songs they gives enough disaster and explosions to eliminate a smaller town. Nice varied menacing riffings to the feverish drum blasts!

Punch three! Tetragrammacide enters the earth sphere and annihilates it all with their tracks!
The production blows up in your face as well as the actual barrage of  atomic compositions!
Tetra has made them selves a name quite fast and it is easy to see/hear as they sound like a
monster machine simply put! One can get the idea that they only is of evil noize but no they have "real" songs and despite the extreme overpowering mix the guitars cuts clear inside & out the layers etc, to make some sound reference i guess Nyogthaeblisz would not be far off. 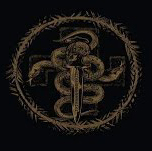 Great three-way split in all three aspects! You get a varied plate of 10 lethal ear murder tracks that dont let you go before you died!