Here is the first full album from this Finnish blackened death metal 3-man band, first release the demo "Black Goat Psalm" that got out in 2012 so this new release was about time i say!
Let the bloodletting begin! 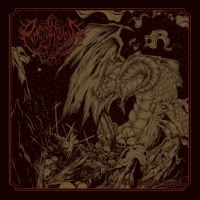 I dont know if the members has worked on this beast the whole time but if they said they did i would not been so surprised because this album is really well made and is filled with both meaty & murderous guitars, pummeling doomsday drums, fat bass and a crawling mid-dark growling (and some black metal shrieking for some evil backups) vocals! One can hear inspirations from both the 80´s & 90´s obscure death metal as well as from know bands but they have a nice personal Varieté on its own and their satanic/necromantic ritualistic approach is solid regarding the lyrics (worth reading) and overall atmosphere.


Sometimes i find myself get bored with some of these bands of this genre after some songs in but Pimeydentuoja has a good sense of drama in their compositions and have no problem to incorporate variations without loosing its way. Both headbanger inducing as well as it is cavernous and putrid, even some suitable (made me smile) movie samples pops up here & there.
Production is balanced and is mixed in "beast-mode"! hehe 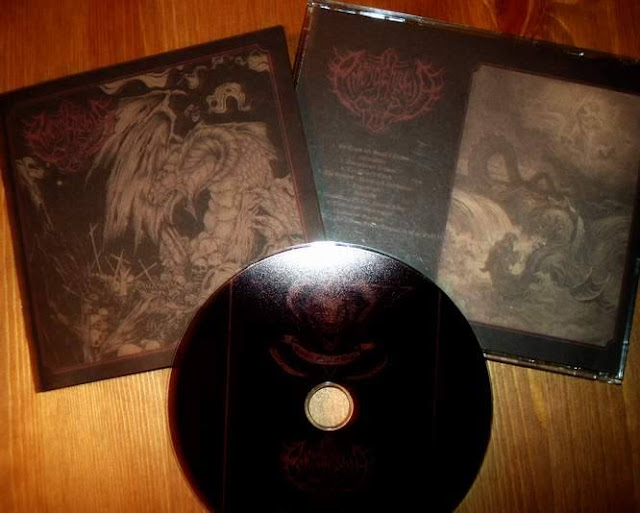 A demonic well above average blackened death metal album to keep it short, get it!
Would be cool to see them live also...dont know if thats in their plans though.

Best three songs is 1,2,6 but no fillers to be found either.
And a plus to the great art and layout and the high paper standard, feels sweet to hold.

Now where is the vinyl release?!