Goatwhore - Blood for the Master

On the first spin i was a bit let down because i hoped for something
more in the black-metal vein that one could come to believe by the
cover... this is more thrash/death-metal then anything else with a tiny
bit of "black blood" in it.(nothing wrong with that though.)

On its second spin i started to "feel it" in the right way and on
the third spin i liked it quite much! Sure this is nothing new in any
way and i have heard  better albums in this genre but this is
a solid and groovy accomplishment. 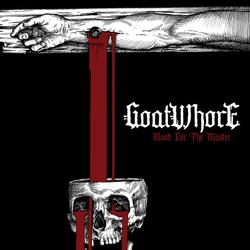 This is my first time i listened to this American band so i cant compare this to the other
stuff they released (this is the fifth full-length) but bands like Entombed, Dismember and some Slayer
is an inspiration that is evident here and that is perfectly fine,  they bring it together with an more serious backbone (then entombed) and it does not hurt to ...read the lyrics...
and the singer has a bit more of a poisonous and deep tone to his grunting & growling. (then L G Petrov)


Dont take me wrong i love some of Entombes albums (like Uprising) but the lyrics is often so silly it just takes the "edge" off the music...

Over to GetHoran! (Goatwhore in swedish)
These ten songs blast its way from the start to the end with not much
of slowdown and it works fine but i would not had cry if they had some
track with more extra focus on atmosphere and lingering darkness etc. 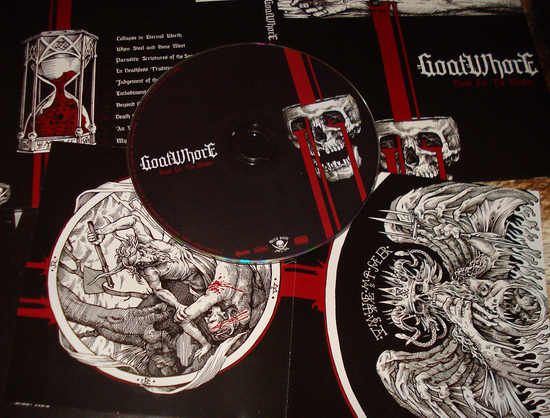 Anyway, this is an entertaining record, not super  but good enough to
listen to when you like to give the mood an uppercut ot two.