This debut album from Kadotus (2003) plays out just like you expect it to do, it is quite raw but clear enough and blasts its way to the bitter end with evident roots from the "first wave"  like many other bands from the "second wave". Satanic and somewhat depressive.

It is a little bit like an mix of early Bursum and Behexen (the finnish blood is here!).

Everything is dipped in a big sea of misanthropic spit, the singing is really raspy but it is well placed & confident so it never becomes annoying or anything. The songs is relativly short and fast but some do tend to have an atmosphere build-up in them thats makes this album a bit better. 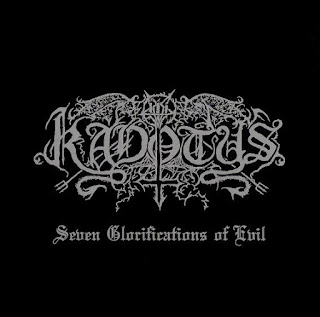 The album consist of seven songs but it is quite short (a bit over 33 min) so thats can be both a bad thing or good depends how you like this.

This is an decent debut album and i will probably get the urge to play it many times more... now i only like to here there second album... i have heard that it is even better. 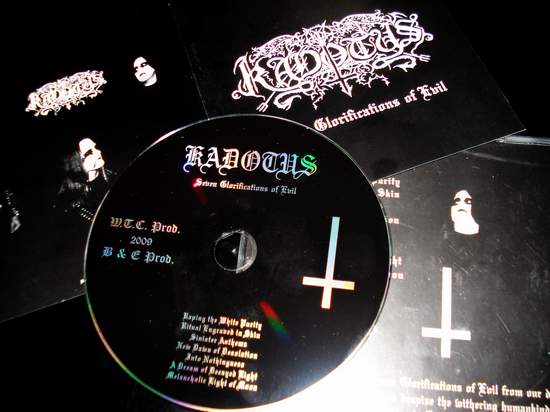