It all starts of with a sample from a exorcism in what i believe is from the movie
exorcism of Emily Rose, a suitable mood put its claws in your neck from here on this debut album.

The first song "Eosphorus" rips off straight away with sharp riffings and quite a blasting!

Its quite clear from the the get go that much inspirations comes from the second wave
but aside from that there is much inspirations from good early 80´s heavy metal! Sometimes
my mind thinks of some of Iron Maidens more moody songs for an example.
Dont get me wrong because its black metal all the way but many guitar melodies and sounds comes from
that golden era of madness and that suits me just fine. 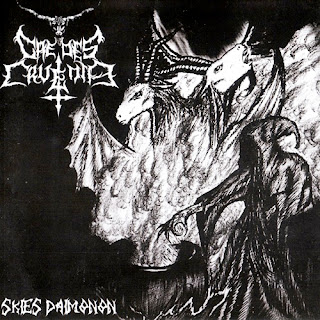 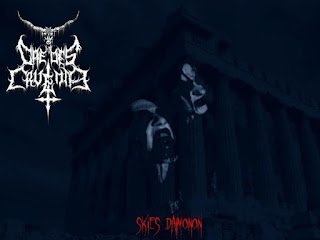 The production is well balanced. not directly raw or necro but it cuts vains anyway , you hear most of the
hellish things CAEDES CRUENTAs serves up!
The singning is in a Burzumish style except from some background growlings and some clean vocals
( i heard that in two songs and it worked better in the second one).

Song 7 "Religion of Blaphemy" stands aside a bit (not in a bad way) with its more
early 80´s trash/death metal singing melodies.

Besides old school stuff many guitar parts burst out into what i feel sound like "victorious"
& "epic" and at the same time mixing that with the cold satanic tones. 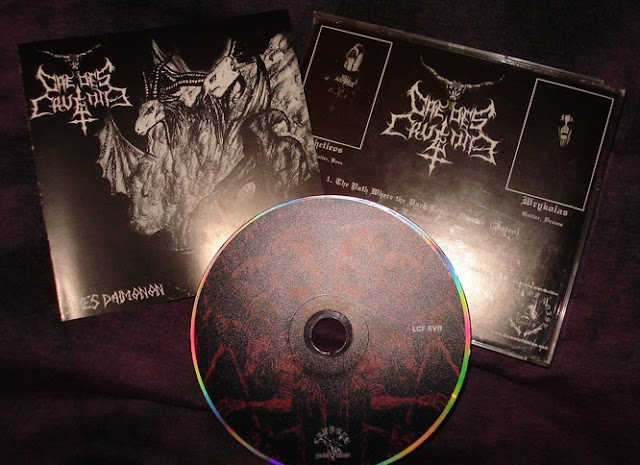 All in all the 8 tracks stand fine on their own and don´t melt together as a long
thunderstorm from Hades but more like a hand full of various well placed stabs from an poisonous blade. 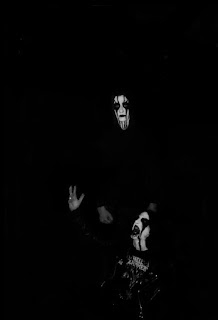