If you stare into it for to long you may never return, a cold hand is the last embrace you´ll feel if you get swallowed by the... 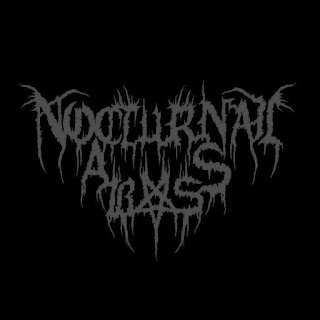 1. First i want to salute (!) you on releasing Nocturnal Abyss debut album "From the Depths of Mörkvod"! 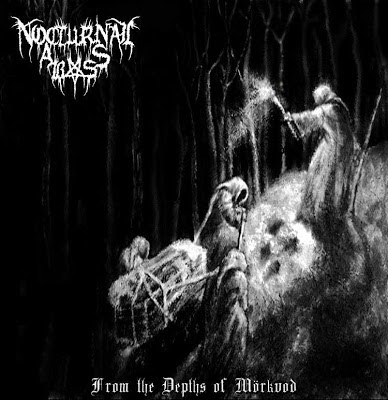 -Greets. Thank you. This was a long time coming, in a sense, yet easily fell into place this time around. Hopefully, it will find its way into the hands of those that would connect with it and get something from listening.

2. As i understand it has been a long and winding road from the first release the demo
"At One with Evil" in 1999 to this full album  that got out now in may.
How did it all begin & how come you moved from New York to Sweden?

-Nocturnal Abyss came about after the dissolution of my first band. I met the original guitarist and soon recruited my old drummer for the project. Of course, a lot of problems plagued the band and nothing much was really accomplished. Only some demos and rehearsal tapes. Though we weren't able to record a full-length back then, I still look back somewhat fondly on the rehearsals and the atmosphere that existed then. When I moved to Sweden the first time, I decided to lay the band to rest after one last demo. But early this year, I decided to resurrect this cursed project and to make one final musical statement. In the process, I returned to Sweden, though it seems I came here to fade away rather than to build something new...

3. Can you describe The split "Beyond the Nothingness" with Blackmoon that also
materialized this year? (released by Hellspawn Records) 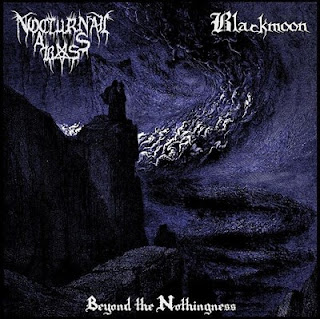 -This split was something that David and I talked about for a long time. We've often wanted to work on something together, being such close friends, but our musical styles were quite different. Most of my bands are more stripped-down and raw while he wanted a more professional sound for the music that he was writing. So, outside of some cover songs that we did a couple years back, we didn't get the chance to record anything together. However, we then discussed releasing a split album, as he had these old Blackmoon songs that had never been properly released.

4. The new demonic wingman Obskuritas that joined Nocturnal Abyss this year has he been
around for a longer time or is he a fresh acquaintance for you? How would you describe his
role in the band?

-Obskuritas joined the band last winter and we set out to write and record an album in a rather short amount of time. His role has been quite important, actually. I gave a very detailed outline of what the music should sound like, but not in a dictatorial manner. He interpreted these ideas in ways that were not always expected, thus the album turned out to be possibly even better than it would have been otherwise.

5. How does the plans look like for Nocturnal Abyss this year?

-Very much is unknown, at the moment. There are currently efforts to get a bit more attention for the band, mainly to help find a proper label to give a better release to the album. The main goal is to ensure that it is available for anyone that would appreciate it, rather than dwelling in the shadows and being unheard. There have been some offers for live gigs, but we do not have a full line-up that is capable of doing this, at the moment. It is not entirely out of the question, but I do not expect it to happen anytime soon.

6. I must admit that your webzine "Rites of the Black Moon" have been a great source for
cultivating me for some time now so a big HAILS!! for that. I guess the band and shit in life
takes most of your time now but i hope it will go on somehow.

-I'm very glad to know that people are getting so much from this site. I am not able to write as much as I would like, at the moment, but perhaps this will change at some point. Either way, hopefully, the material that is there is enough to help give a different perspective on a lot of albums and this music in general. If it's some kind of resource for people to be exposed to things that they would not have heard of or checked out otherwise, then that is a good thing.

7. Will there be a vinyl and/or tape versions of the new album?

-This depends on whether or not the right offer comes along. Of course, I would like to see a vinyl release.

8. Who did the dark & moody artwork the cover of "From the Depths of Mörkvod"?

-This was handled by a friend of mine, living on the other side of Sweden, in Göteborg.

9. Big thanks for doing this little interview! Best of luck with all in the future!
Any last word!

-Thanks for the support. Hm... "From the Depths of Mörkvod" may very well be my last words, in a sense... 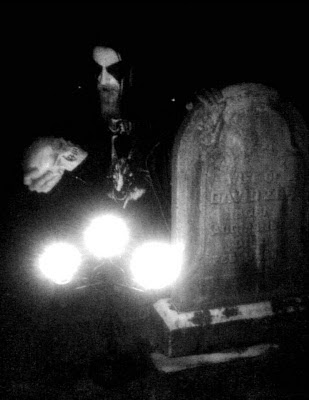