Black visions blows over the seas from Poland! Crepusculum shatters the stars and the light as we see it. 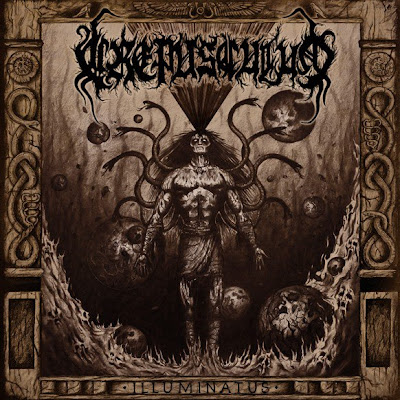 Hails!
1. Now when your second album "Illuminatus" have been out for some months how has the reception been?

I.B :Quite good so far,there are of course some malcontents, which don't like few things on that album, but we do not care of it.

2. Can you shed some light into the tomb on what "Illuminatus" is dissecting?

I.B :When the earth had not yet formed and the sea was named, and the chaos and sinister pra-matter shrouded the universe, he emerged from them, proud and indestructible, inspired by the magic of distant dimensions, he left behind the knowledge stored in emerald tablet, hidden deep in the sands of the desert ,and those who are worthy to awake, will be able to assimilate this heritage. During my astral trips I experienced union with the essence that exists beyond
time and space, and the result is "Illuminatus".

3. You started back in 2003 and the year later the first demo "Droga zniszczenia" came out, How do you look at this first release? 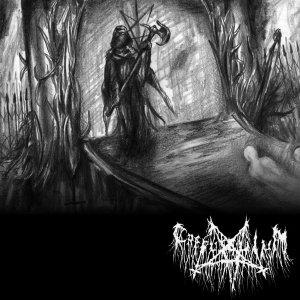 I.B : This material is so far from that, what we currently create, eons i will say, so let us leave it in a deep rotten grave.

4. Before your first album you created two demos (including Droga) & two splits, can you tell us a little on the themes on these and how you evolved through the releases.

I.B : First materials was very raw and primitive, especially "Droga Zniszczenia" and first split, but everything was evolved over time and it came very naturally.
I abandoned gore/raw satanic themes on that, what was in me from when i was child,like occult ancient mythologies,quantum physics,philosophy and widely defined gnosis, but i do not seperate from those releases, because they show progression which becomes in Crepusculum through those 10 barbaric years of existence.

5. Your first album "Visions of the Apocalypse" got out in 2010 and got some pretty good reviews, whats the story behind your first full length? 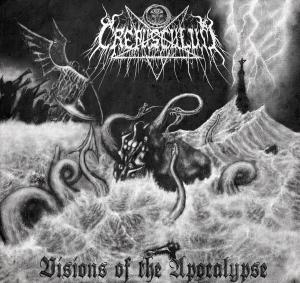 I.B : It was recorded in sordid casemates with a help of Wojciech, which is actually known better from Plaga, and i really have great memories from those rituals. Of course there's a lot of things which should be done better, but those corrections was applied into "Illuminatus". Maybe we will record new versions of Eternal Oblivion and Lamashtu in near future, we will see.

6. Is there plans in getting a full line up and hitting the roads?

I.B : Yes, some negotiations with session musicians are under way,and if everything will goes well, we gonna hit with some gigs in next year.

7. Did any of you two have some bands prior to Crepusculum?

I.B : I was participated in Lugburz a few years ago, Forneus was involved into some underground bands, but it wasn't nothing serious.

8. As Poland is know for its brutal & fast BM is there any band you like to get some more recognition from
your country?

I.B : Actually there are a few like Deus Mortem, Cultes des Ghoules, Blaze of Perdition and Plaga.


9. Thank you for taking part of this interview!
Some last words? 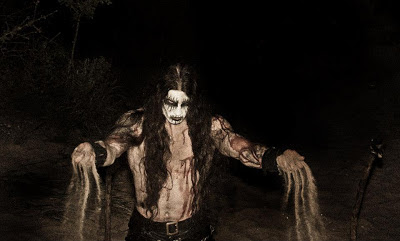