Listen to the Black Mass from Besatt! You´ll get possessed!

Luck shined up my ass today as a found a another Besatt cd!!! This record "Black Mass" is a bit older (2005) then "Triumph of Antichrist" (2007) but it really does not show because they sound pretty much the same and thats a good thing in my book. 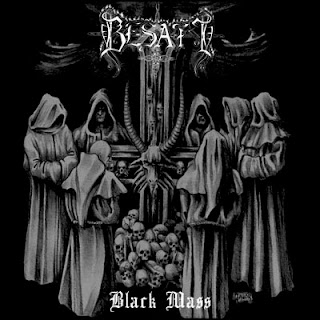 The only thing that's different here in comparison to Triumph is that on the whole it is a bit weaker album, the hooks is not as strong and the "evil ambience" is not as convincing BUT it is enough of a blitzing demonic attack for me to spill my milk and not cry a single tear. ho ho ho

The opening track that is the title track is one of the best here with strong melodies & raging mashing, the second song "Born to Revenge" continues with the hellish winds whiping your tail more then once , then comes the first song "Suicidal Ritual" thats a bit boring and plain at least the last half of it.

"Final War" saves the day then with a mass-murdering inferno of blastbeats and death screams!

The second track thats a bit out of place is the tribute track to Quorthon (he passed away the year before this record) "Son of Pure Viking Blood ", it is not an bad song per se it is just  that it would do better on another record with only this "viking-Bathory" sound on it, the singning is in the clear-voice style and you hear ocean waves and all that... it has that epic nordic feel to it....

The last two songs crawles up again from the sea and get your hair in flames again, the last last song "Demoniacal Possession" is in my ears the third best creation here on Besatts "Black Mass". 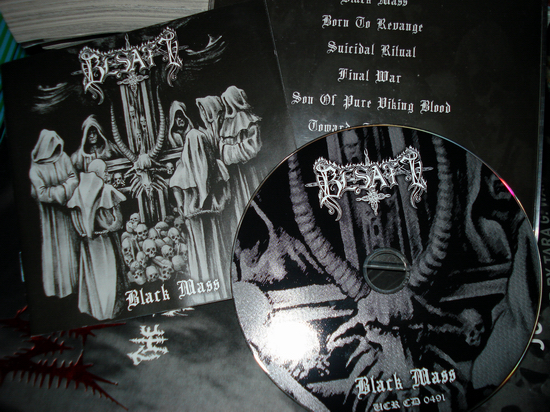 Time to hunt down some more stuff from them now!
Upplagd av Jane Doe kl. 15:56