Time has come to chat with Likvanns creator & dictator Skabb! 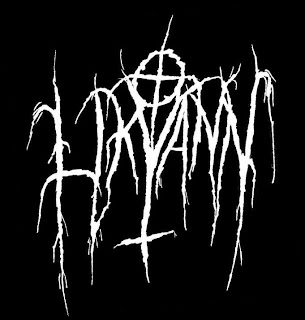 1. Thanks for taking time off for this interview !

I guess it is a bit hectic now with both the workloads for Likvann and Djevelkult  in full swing?
- You're right. It's a lot going on with both bands these days, and they are both making big progress. We are currently in studio with Djevelkult, recording the album "I Djevelens Tegn", and I'm writing new songs for the first Likvann full- length.


2. Please tell me how & when you realized that you had a craving for doing Likvann
even when you were/is active in the Djevelkult horde?
Whats Likvanns own burning purpose & goals?
- At the time the idea of Likvann came to my mind, in 2010, I was really pissed off, and needed a way to express my feelings and thoughts about certain things. As I was only playing the drums at the time, I decided to learn how to play the guitar, and so it escalated.
I will keep on with Likvann, although I'm in Djevelkult, since Likvann consists of MY thoughts, ideas, hatred and pride, only.
Likvanns burning purpose and goals, is to say FUCK OFF to all political correctness, hippies and people who can not see the truth, but has to live in some sort of reality- distant dream, to make themselves comfortable. I also hope to awake some strong feelings concerning heritage and pride. The world of today is making people deny these feelings, and that should not be.

3. How did the studio time go for your latest release "Vredeskrik"?
-It went well, of course it took some time, but I believe it's better to take your time with the music, rather than rush it, and not be satisfied with the result.

4. Compared to Likvanns first demo to this latest Ep how much do you feel you have
changed/grown? Is the Ep "Vredeskrik" your best work to date?
- I believe I have grown a lot since the first demo.
I've spent much more time with the "Vredeskrik" EP, and I believe that will show.
I don't think I've changed that much, though. It's still my mind the music is coming from, and I still have the same mind that I had in 2010. And I believe "Vredeskrik" may be the best, in one way, but I also believe that the two previous demos are pretty good.

5. I like your cold & harsh atmosphere a lot in your recordings, do you have any
special "rituals" you go trough to get into the right mood?
- Thank you. I make everything "real". I've recorded my own sound samples for some songs, and there is no "cut&paste" in my music. That might also be the reason why it's taking a while to record stuff, because I have to record it all in one take.
I also must make the music and recordings when I am in a certain mood. It is impossible for me to set a date where I'm supposed to be recording or writing music. I have to do it when I'm in the mood that it takes to make the atmosphere of Likvann.


6. Do you have any splits in the plannings? If not is there any band you would like
to do an split with?
- I have been talking with "Kleven" about a split in the future, but nothing really planned or ready.

7. Is there any live plans for 2013? If so Where?
- I've have been talking with some comrades about taking Likvann live, but it's still on the thinking stage.

9. If you only get one word, how would you describe Norwegian society today?
-  Infected


10. Any last warnings to the sheeps?
- There will be an full length out in 2013, and Likvann will carry on spreading it's words!
Knus islam! 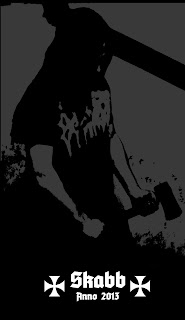