And on this hollow saturday we turn our ears & eyes to Norway again and talk to SALIGIA!

1. Greetings! I appreciate that you could do this interview!

- Ván Records have estimated to start distributing it between April 30th - May 15th. Our official release date is May 7th.

2. Great cover by the way on the Ep! Who did it? And what does it symbolises for you? 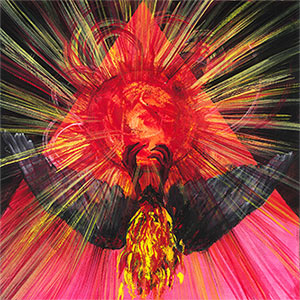 -It was painted by Oda Austnes, who also did the artwork for "Sïc Transit Glöria Mundï". She rendered me speechless upon first seeing it finalized, as I had given even less of a framework on this than on "S.T.G.M".

For me it is a strong visual representation of the unity of the four pieces, with the opening track emphasized. And also a "hidden", rising, hint of what we are working towards.

3. Your band name SALIGIA is based on the first letters in latin of the seven deadly sins:superbia, avaritia, luxuria, invidia, gula, ira, acedia. How did this mnemonic realisation happened?
By research or accident/fate?

- I would say a combination of both.
Without delving to deep into the origin of our baptism - because memory can really be a false prophet - it all really fell into place in a strange manner. Ideas and thoughts were rushing unto me, as if it had something to tell me. As a calling that came at the right moment. It is beyond my words to describe it in an understandable way, even to myself.

Initially, there was a concept that built around the seven deadly sins, but time and experience laid this to rest, and today the name stand as the only monument of that, a monolith in the core that still holds strong significance, and contributes to the essence of our musickal expression.

4. Can you describe each songs essence? The underlying themes that make out the bones and flesh for "Lvx Aeternae".

- The core/essence and underlying theme of the release is expressed very much in the cover art and at the end of the liner notes. It would defeat all purpose to explain layers upon layers in mere words; a certain mystery and ambiguous and allegoric shroud is essential to any expression that comes from a place that can not be recognized as conscious, in a sense that it feels to have boundaries.
I can, however, listen through the album and provide a "commentary" expanding upon some of the aspects - without destroying the I of the beholder;

Walking through a freezing desert with only the stars and the void separating above from below. Falling to your knees facing the giant remains of what once was the grandest of monuments!

Opening your Self to the Star within, and becoming one with him, alone; - as you come, so you leave.

Take your chair. Sit. Her.


I regret nothing,
even though I curse what I am about to do.

Silencing voices that whisper tonight,
knowing that they will scream

The higher you are,
the farther you fall.

4....And Death Shalt Have no Dominion

(this was built around a magnificent poem by Dylan Thomas)

Death! Naked splendour! the nothingness of being,
silence

Discard all that has;
it has not; nor Will it.

A break in the sun till the sun breaks down!


5. Do you feel this new installation is a natural continuation from your excellent and filthy album
"Sic Transit Gloria Mundi"? 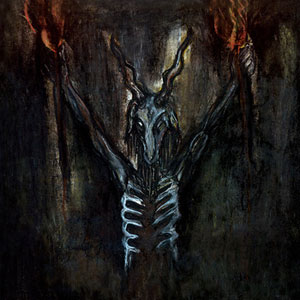 -The only thing I can agree with my self on is that it is a continuation, however natural or unnatural it may be. It is a great step in another direction; where "Sïc Transit Glöria Mundï" is a harsh and unwelcoming mass that forces you to pay attention, "LVX AETERNAE" opens up and lets you in; not with force, but with courtship.

So in that sense, it is indeed a natural evolution, expanding on the concept which is underlying in both; Death - the Great Change, and the aftermath there of.

It can also be noted that these two works (along with the next full-length album) have been developing simultaneously, so there is a symbiose and a half-conscious plan deep within.

6. How come you teamed up with each other?
What got your blood pulsating?

- I take it you refer to Malach Adonai, which is no longer part of SALIGIA in a physical sense.

Me and M.A. met under the circumstances of him having moved to a new town, and me needing a drummer. We instantly began to talk about doing musick together, but it would be maybe half a year before we found out that he would join me in SALIGIA. As of now, Vegard M. Berg is the drummer, a talented and magnificent individual that compliment my ideas in a near perfect manner.
Some steps need to be taken, however high they may be.
This is how it needs to be.

- We hope that this, our 7th year of existence, will bring our first ceremonial interpretation, and that it may be the first of many.
Different circumstances have made it difficult for us to perform live, but I have great expectations that we will be able to do so in some form or another in the year of the Serpent.

We are also working on the next album, combining 4 years of (sub)conscious tantra that will explode in some kind of ecstasy, hopefully by the end of the year ( in recorded form).

8. Any new merchandise in the pipeline?

- We have nothing planned, unfortunately.


9. How does Trondheims "scene" dwell these days? Do you feel at home or would you like to move away?

- I am very pleased with where I am at, home is home!
I wouldn't say there is any scene at all, but there are a good handful of bands that have something really substantial to offer. None mentioned, none forgotten.


10. Good luck with your new release & plans!
Oh by the way i must give my congrats to Malach for getting a split with Nightbringer! (Circumambulations of the Solar Inferno)
Any last words! 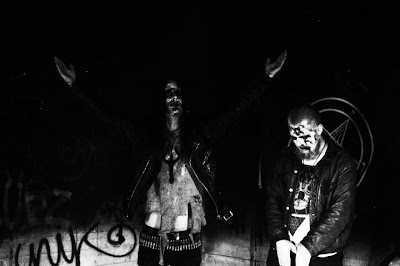